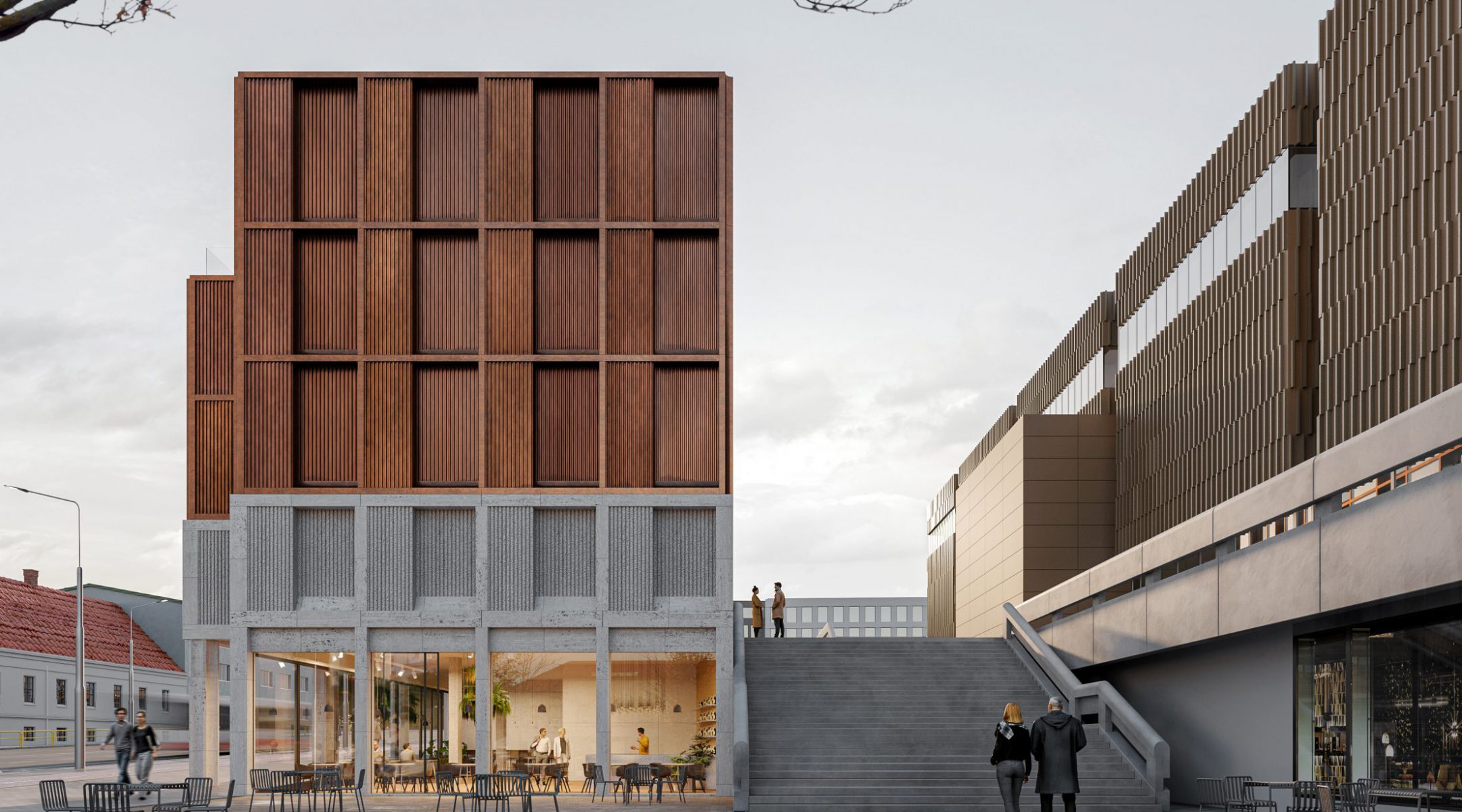 The architectural competition for constructing a multifunctional house in the center of Nitra, which we participated in, is situated in the complicated context of the place.

3rd place in a architecture competition 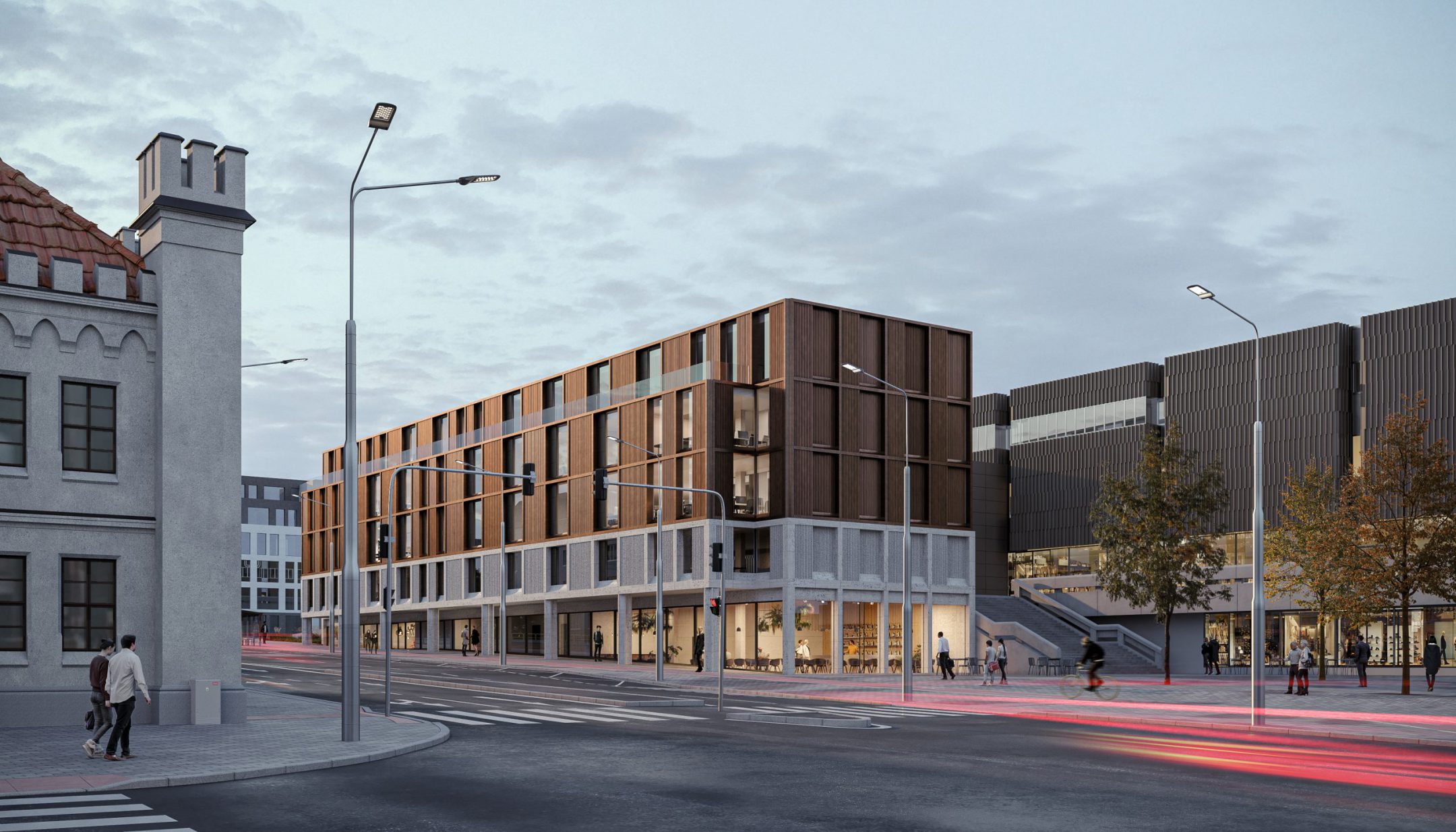 The city’s modernist and historical axis meet nearby, where the city-building architecture meets the monolith of the former OD Prior with the historic structures of the 19th century. The house proposed by us is to connect a broken street line, follow on the monumental terrace of a department store, and, at the same time, respond to the strict facade of the former barracks. The challenge for us was the narrow building plot, which is encumbered by a number of regulations and therefore allows only a small space for manipulation. 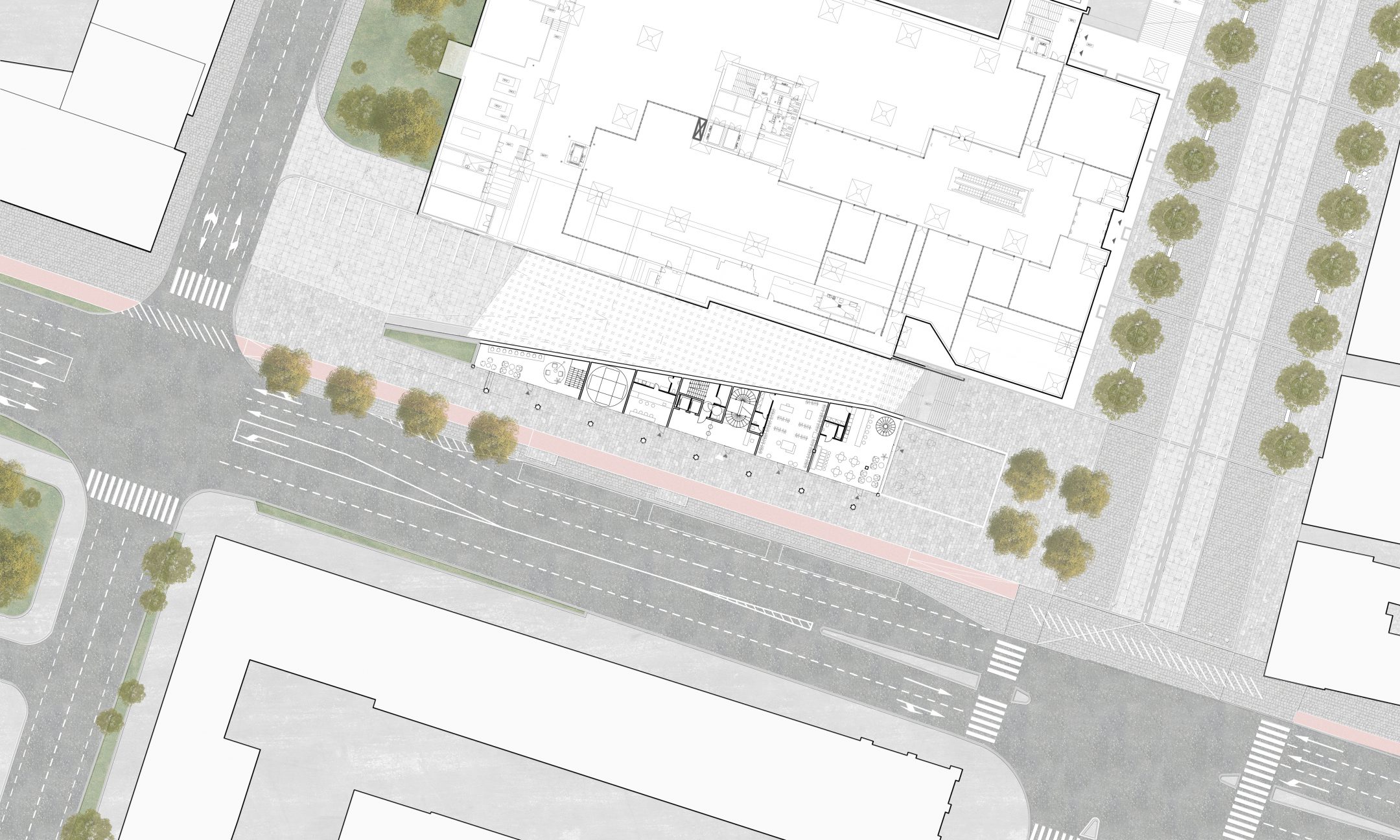 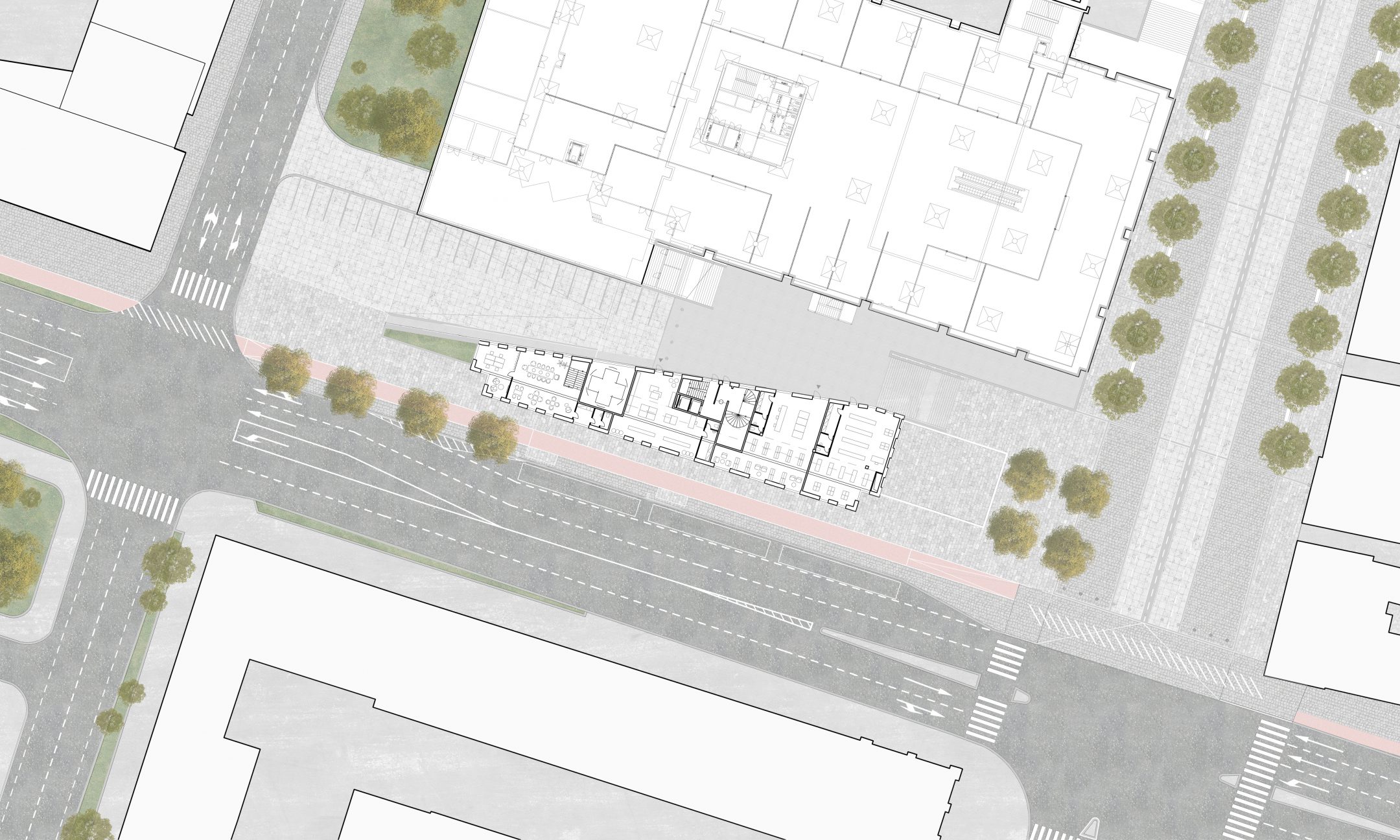 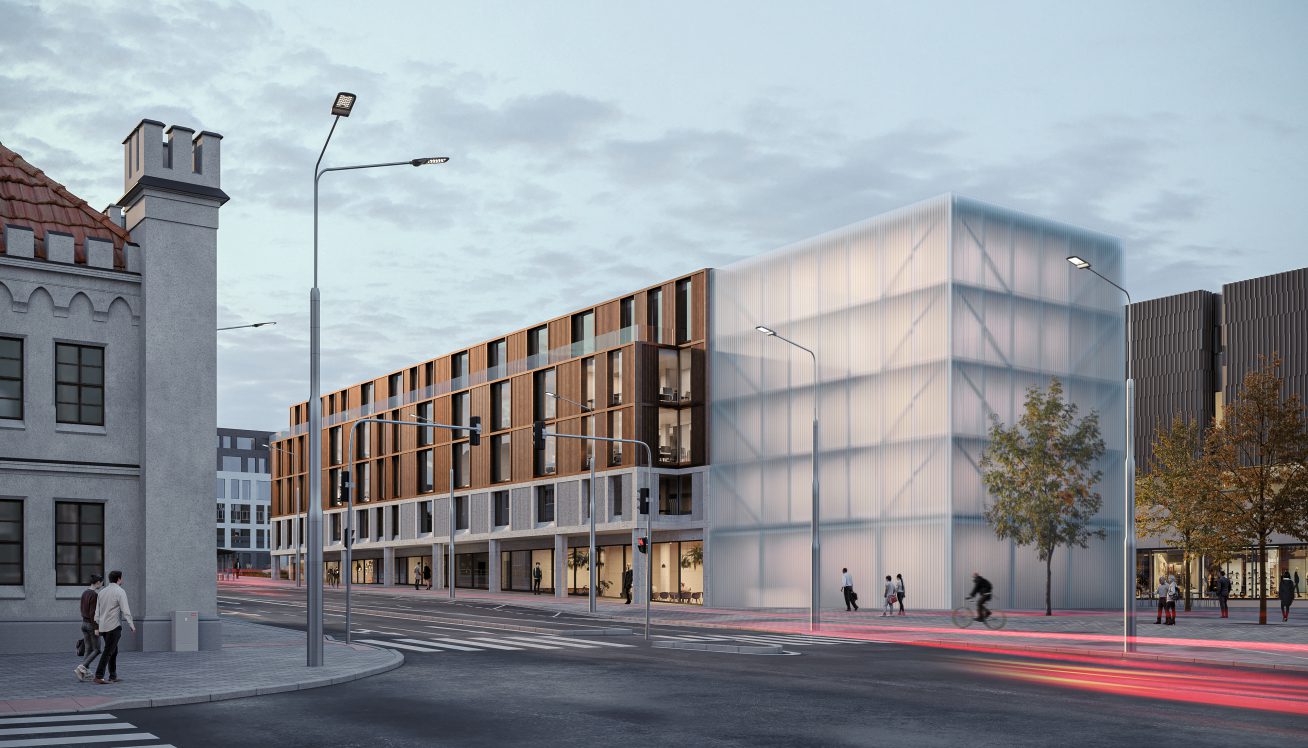 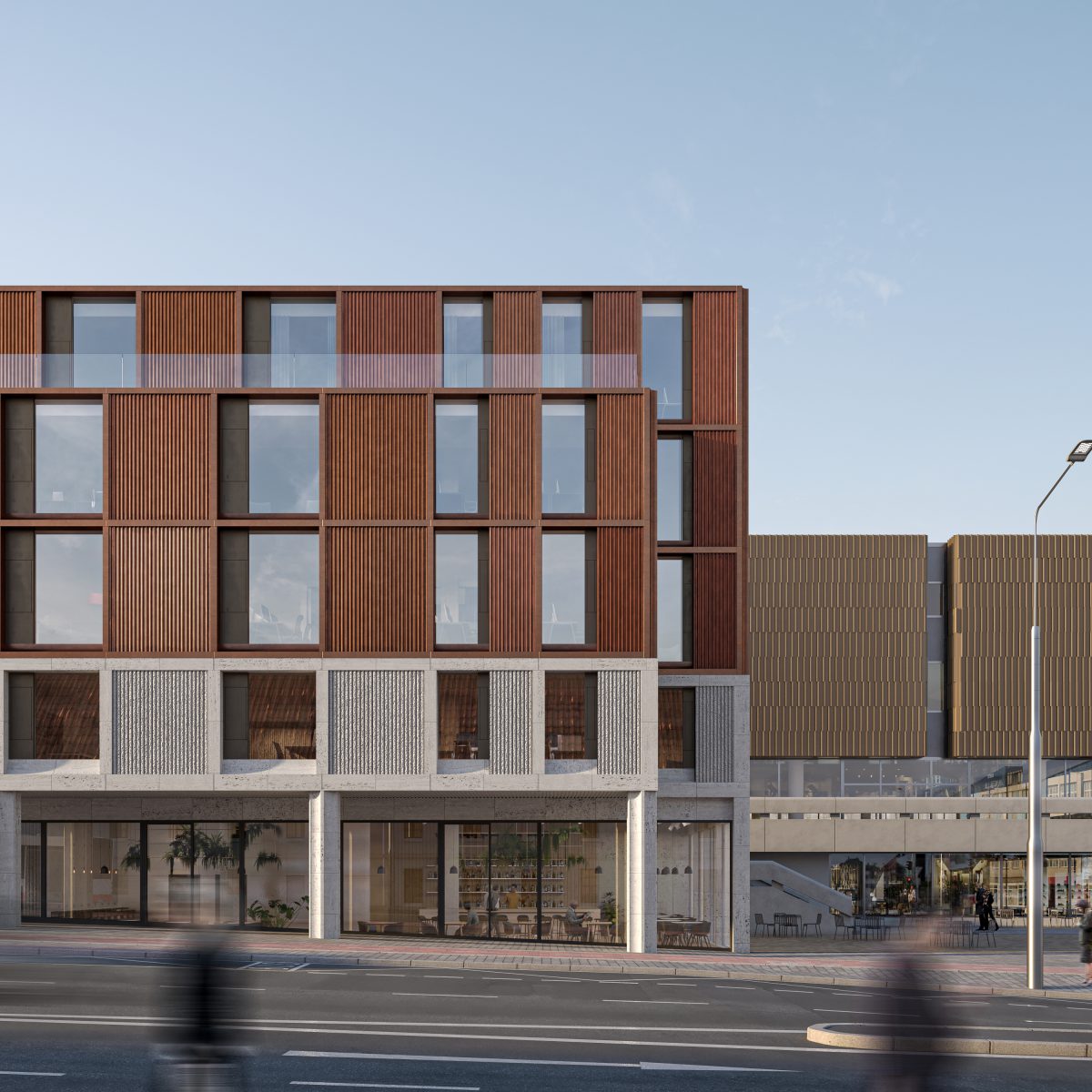 The townhouse, whose tectonics of the facade reflects the historical parceling, but is still only one object that can stand up to the monolithic nature of OD Prior. The body of the building enters the street and creates a generous arcade on the ground floor, which expands the public space of the street and forms a natural shelter for those waiting for the bus. The arcade is supported by massive columns, which come directly from the steel sculpture “Three Cobs” by Alexander Vika. We design the massive foundation of the business unit building from stone while we cover the office space with a light perimeter cladding with copper cladding. 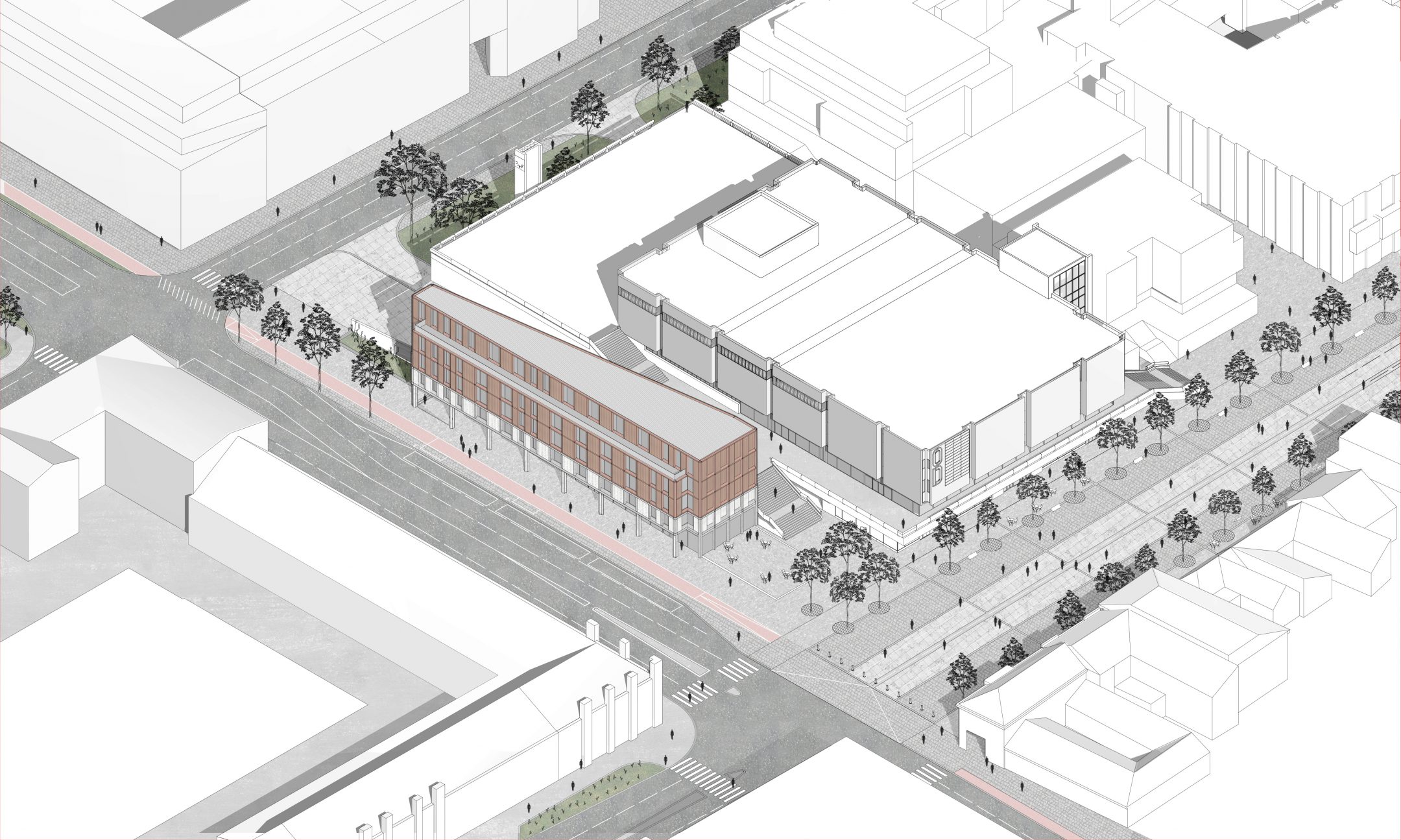 The relationship between the street and the OD Prior terrace is important to us, and we decided to connect the two public platforms through a semi-public lobby. At the same time, this solution facilitates access to office space. Parking in the building is solved at the level of the first underground floor using a system of the automatic stacker, which increases the efficiency of space use. 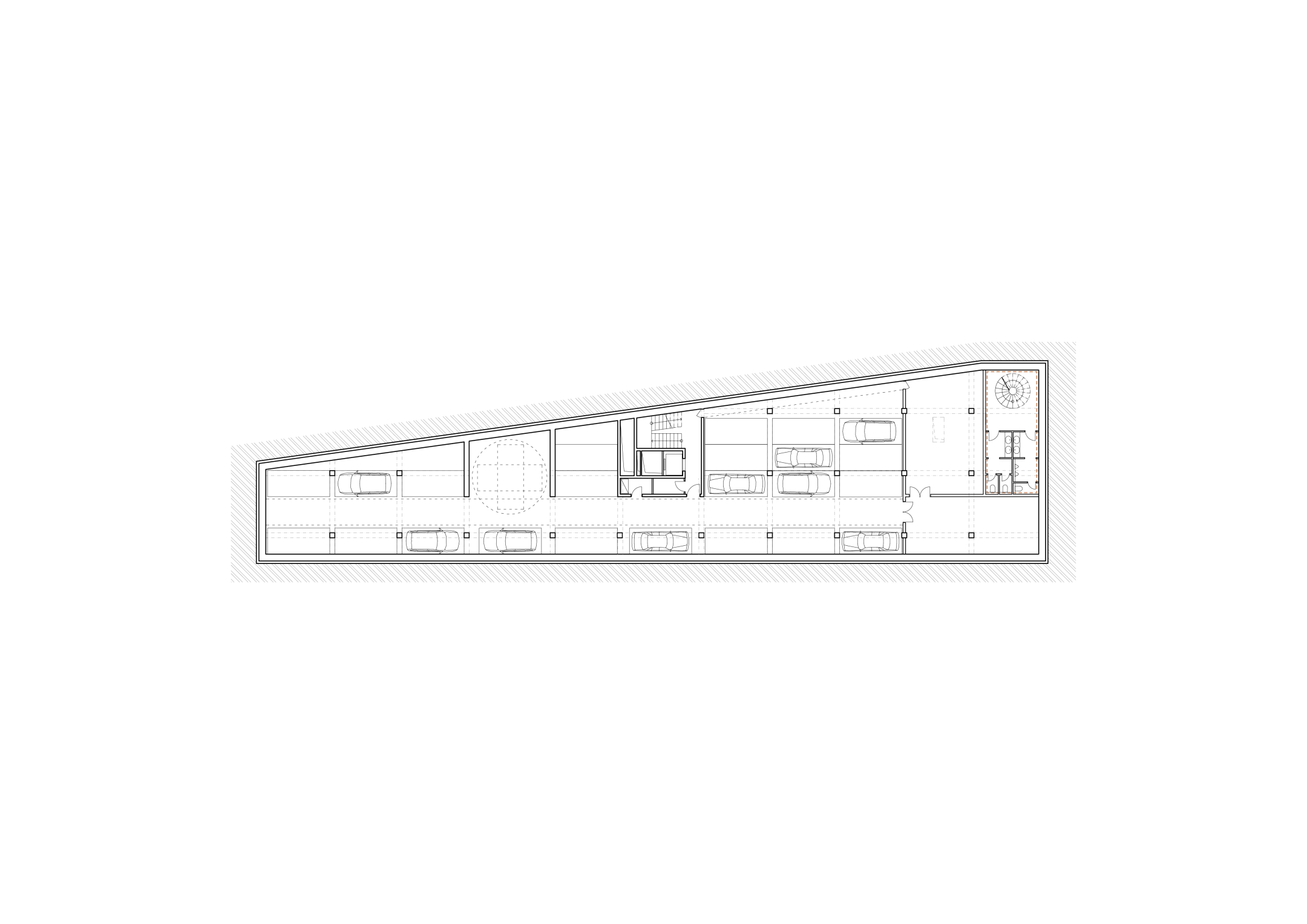 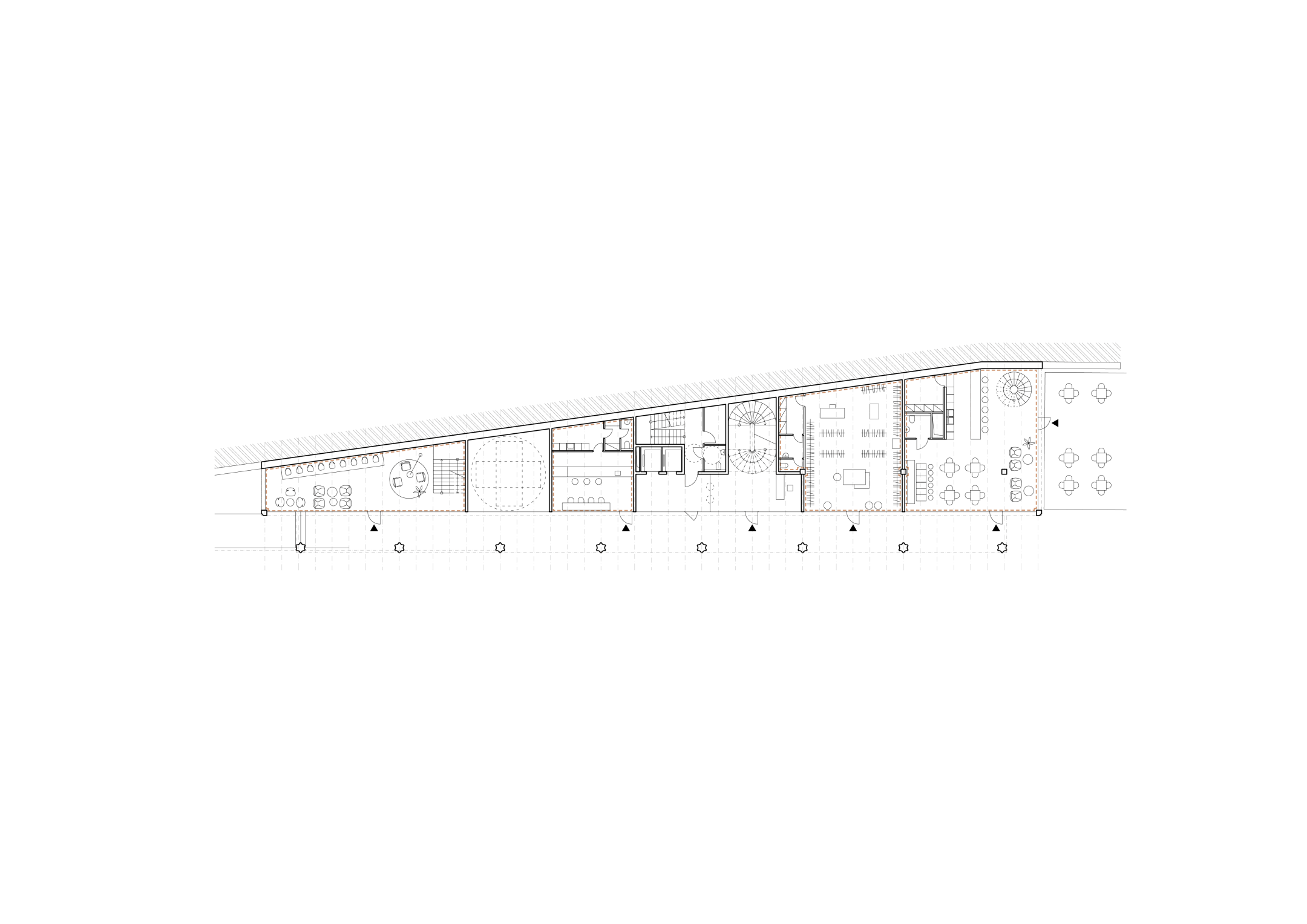 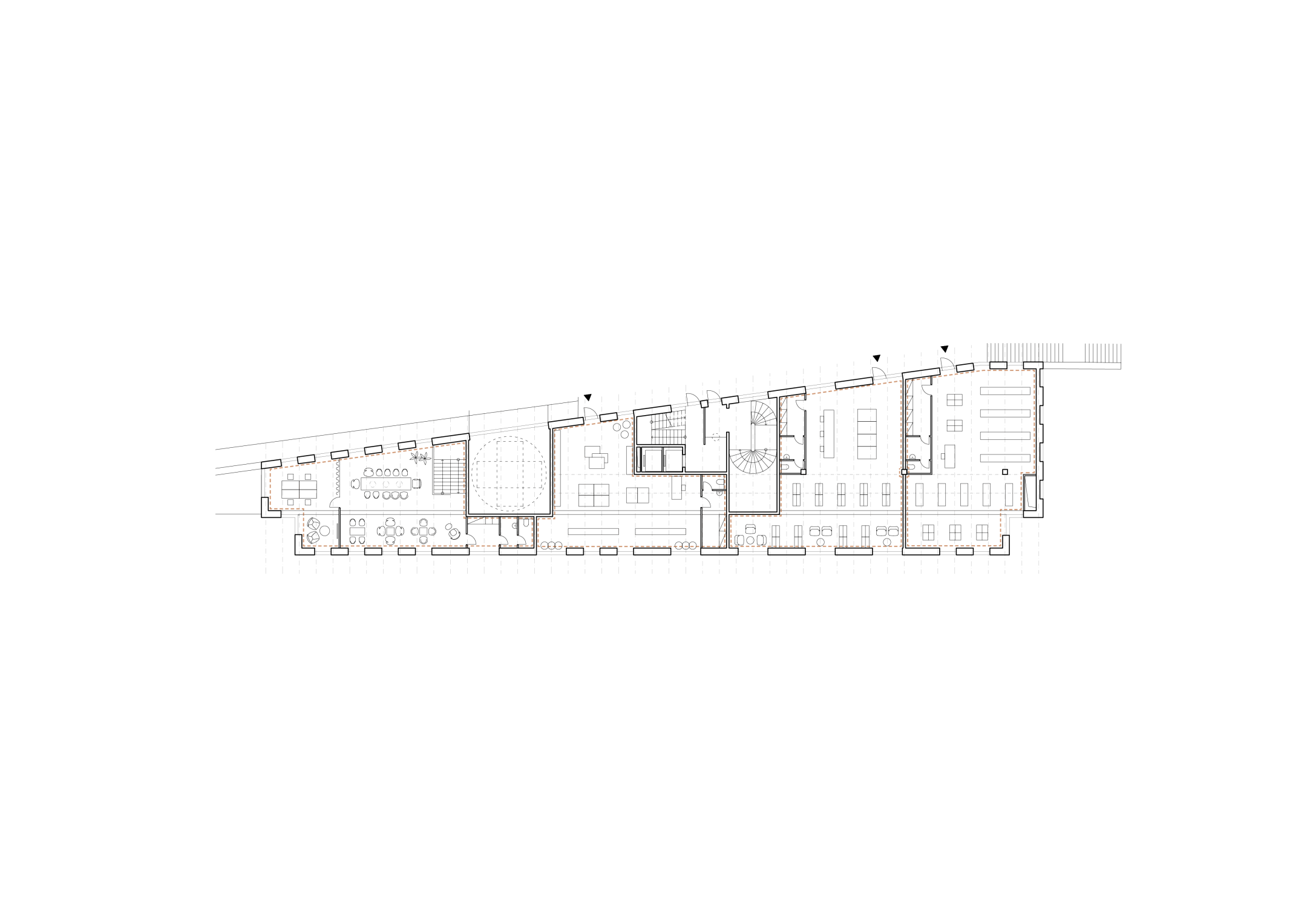 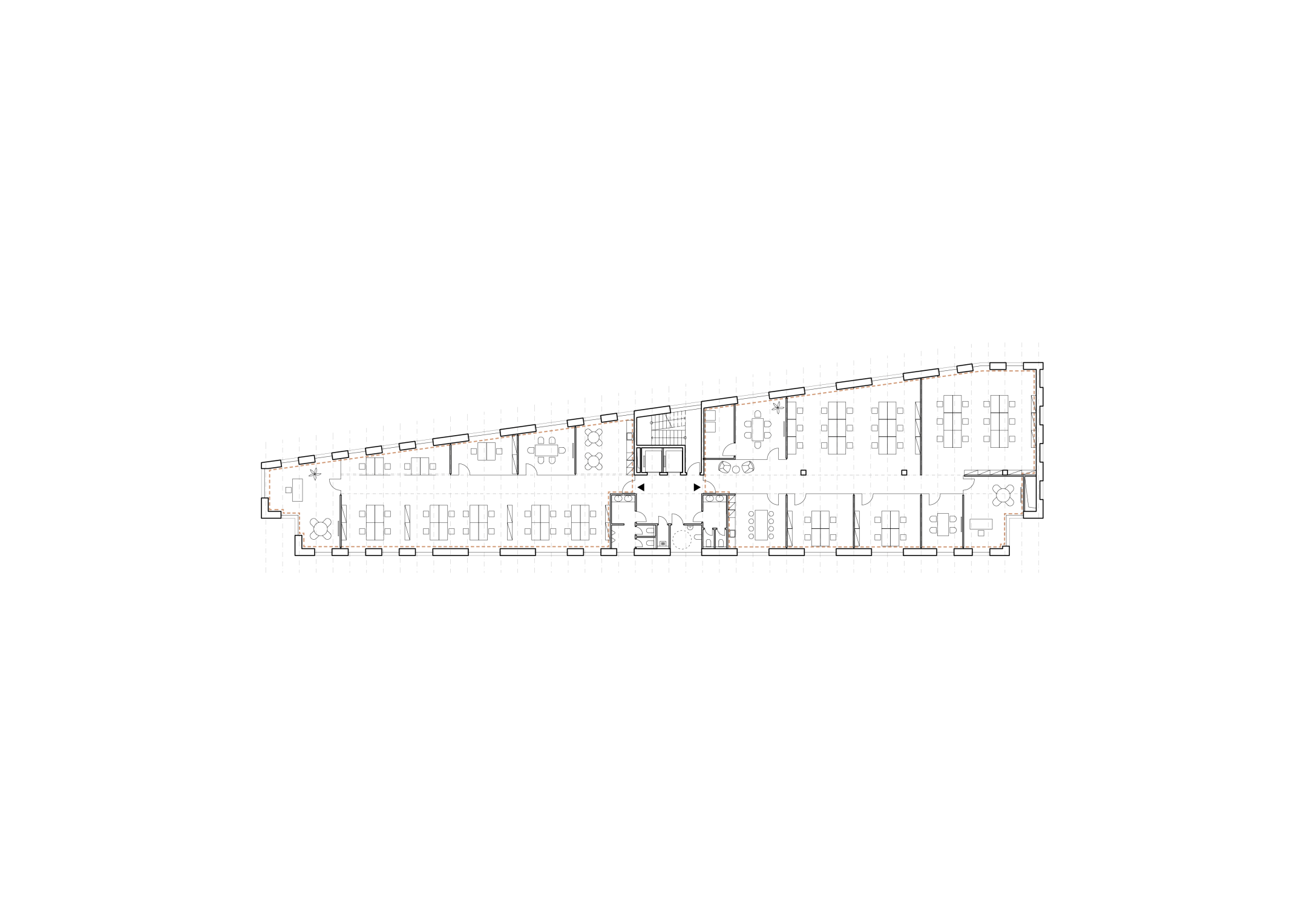 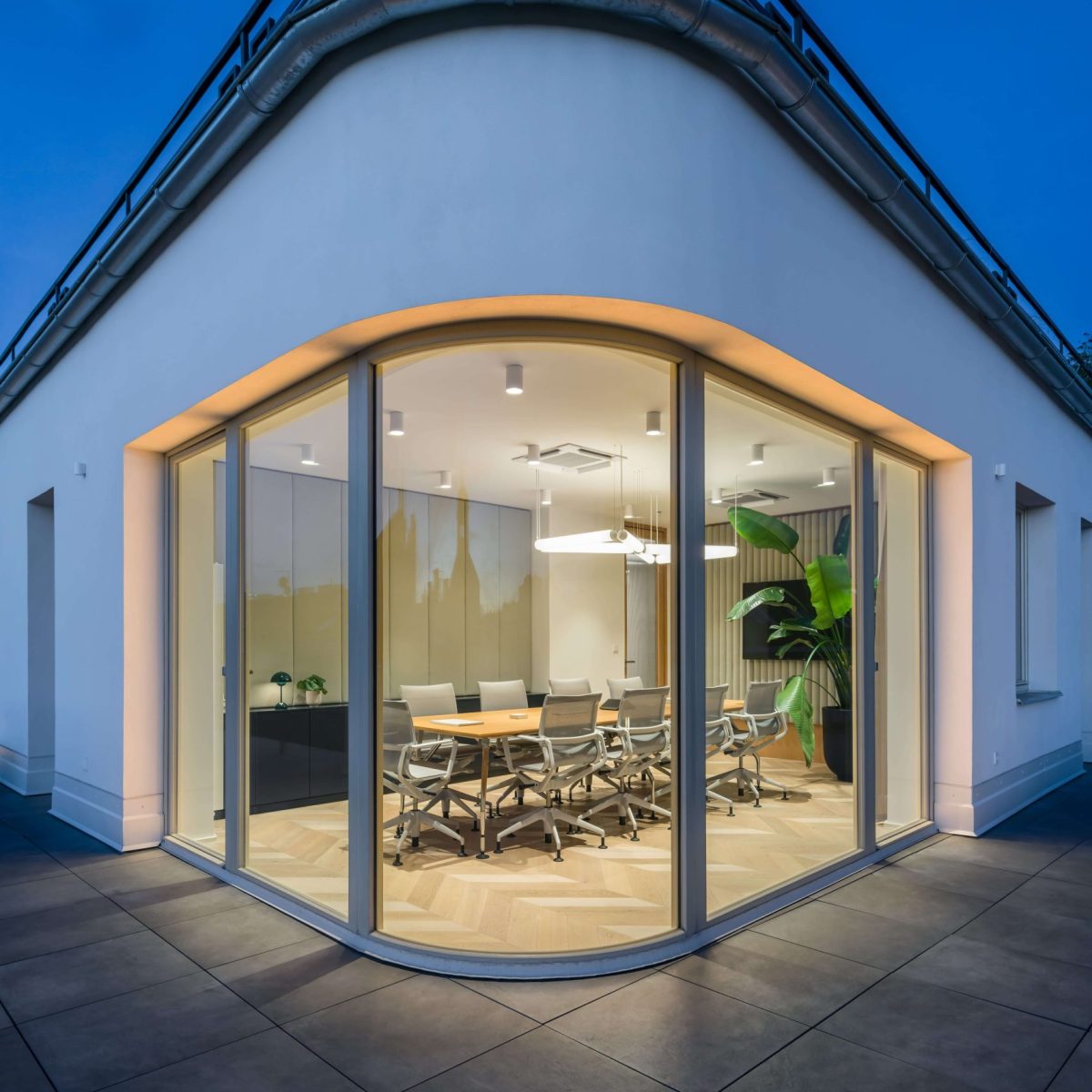 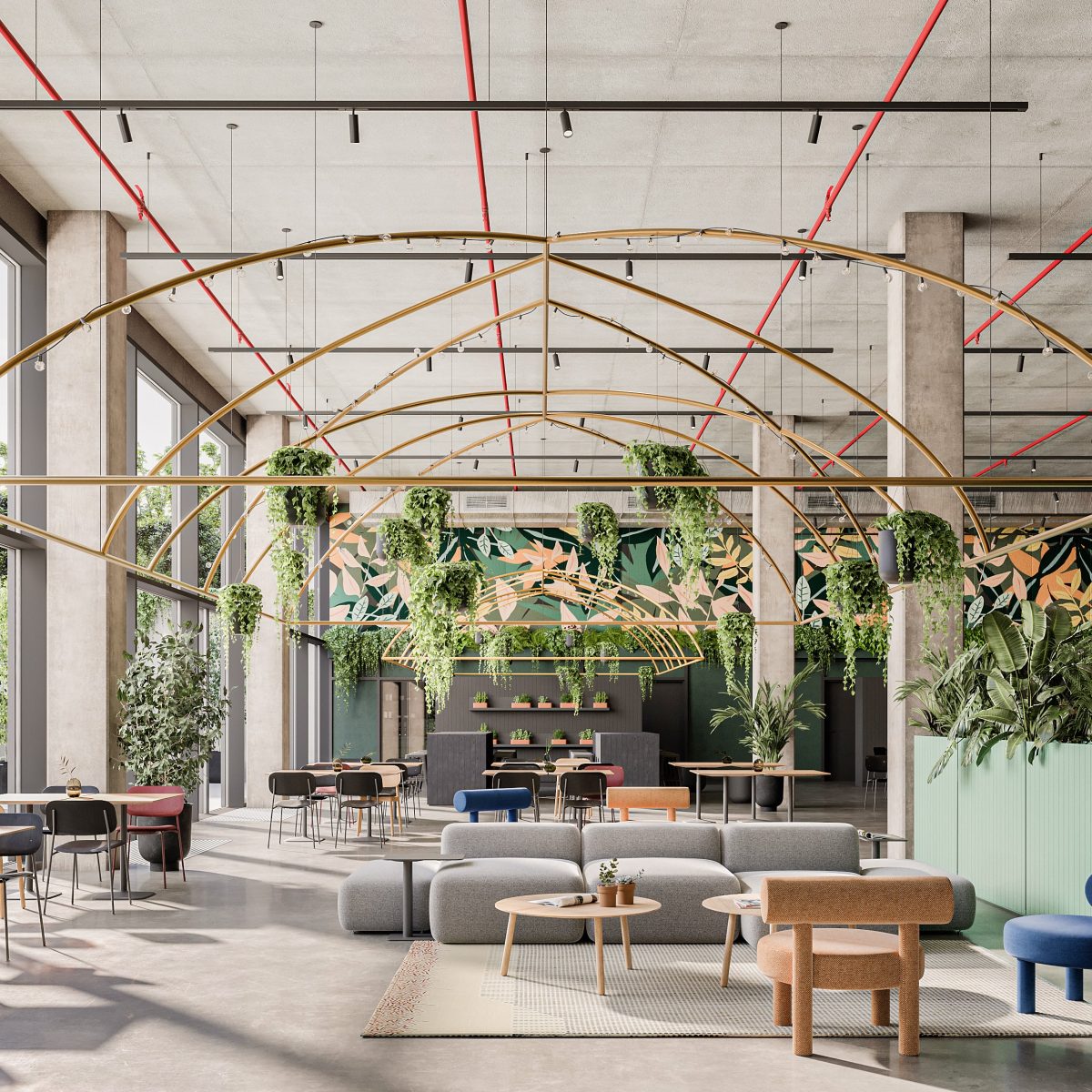 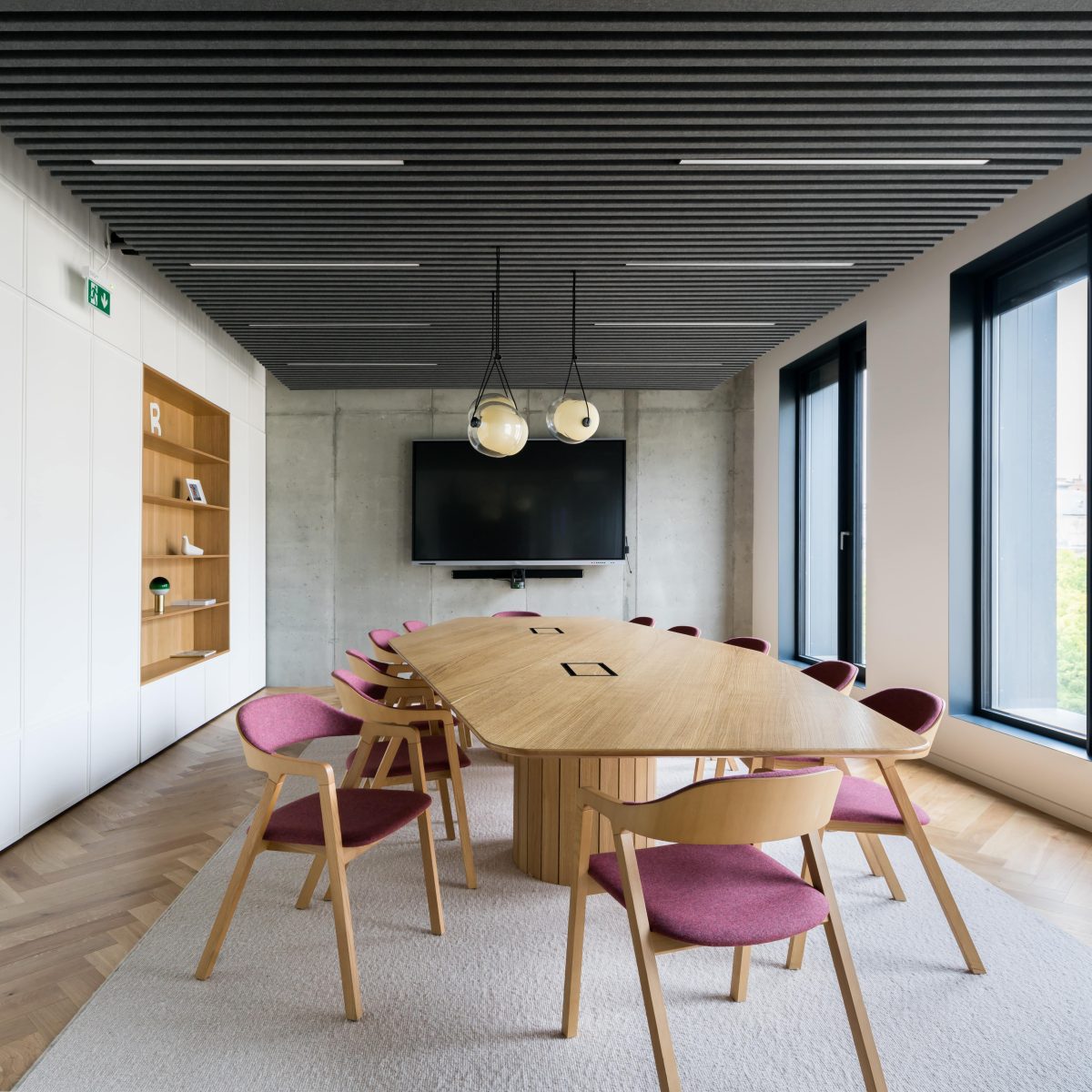 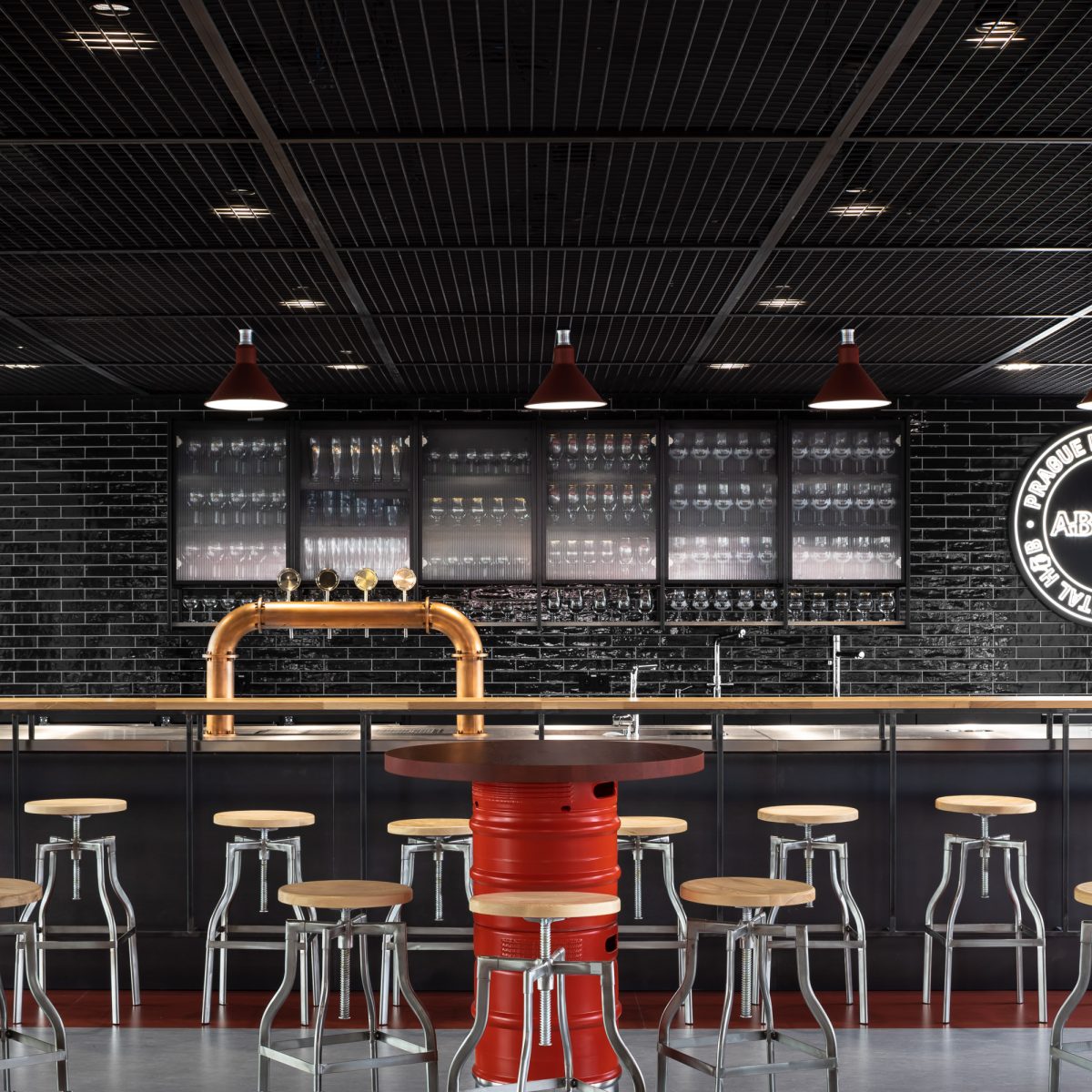 When office speak the language of beer 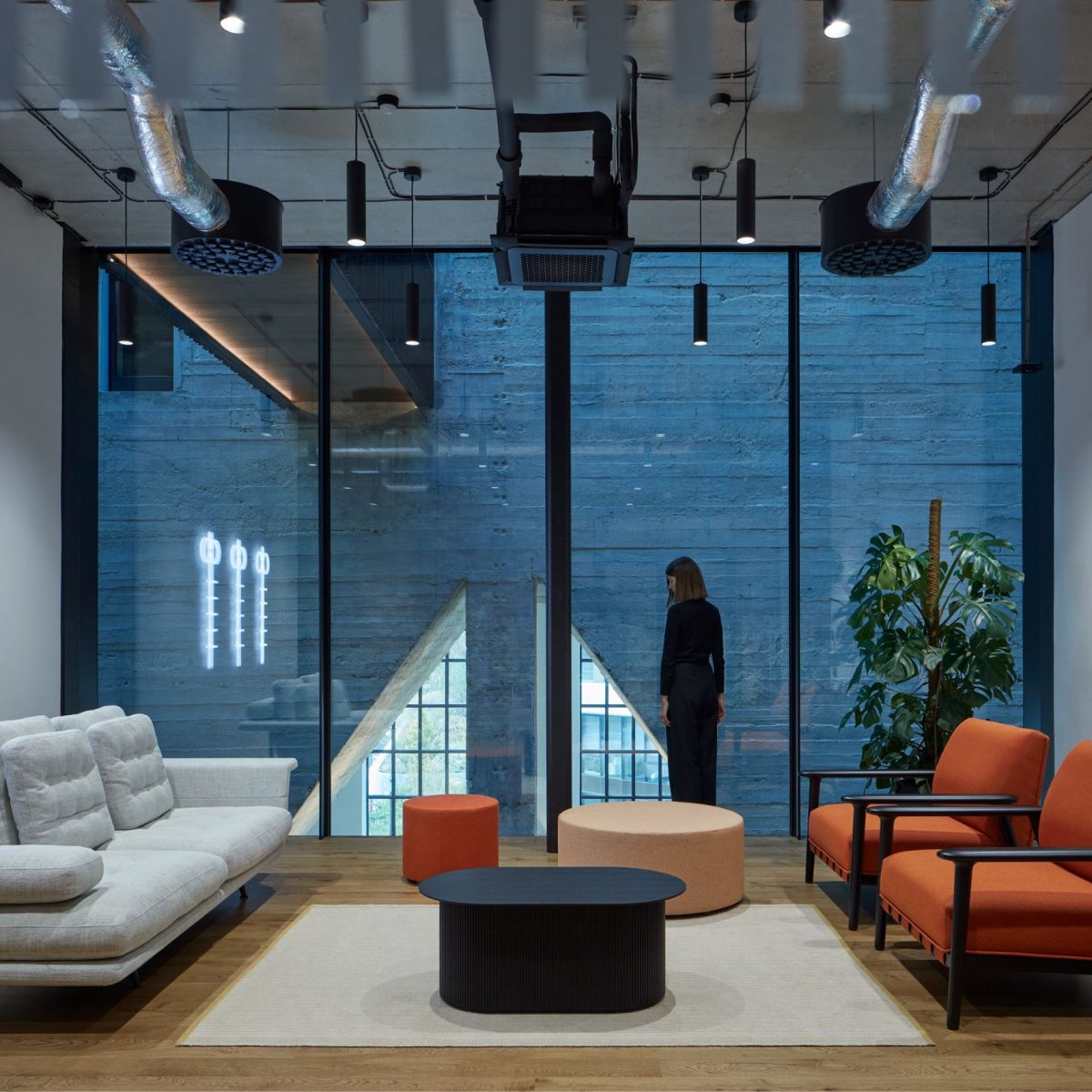 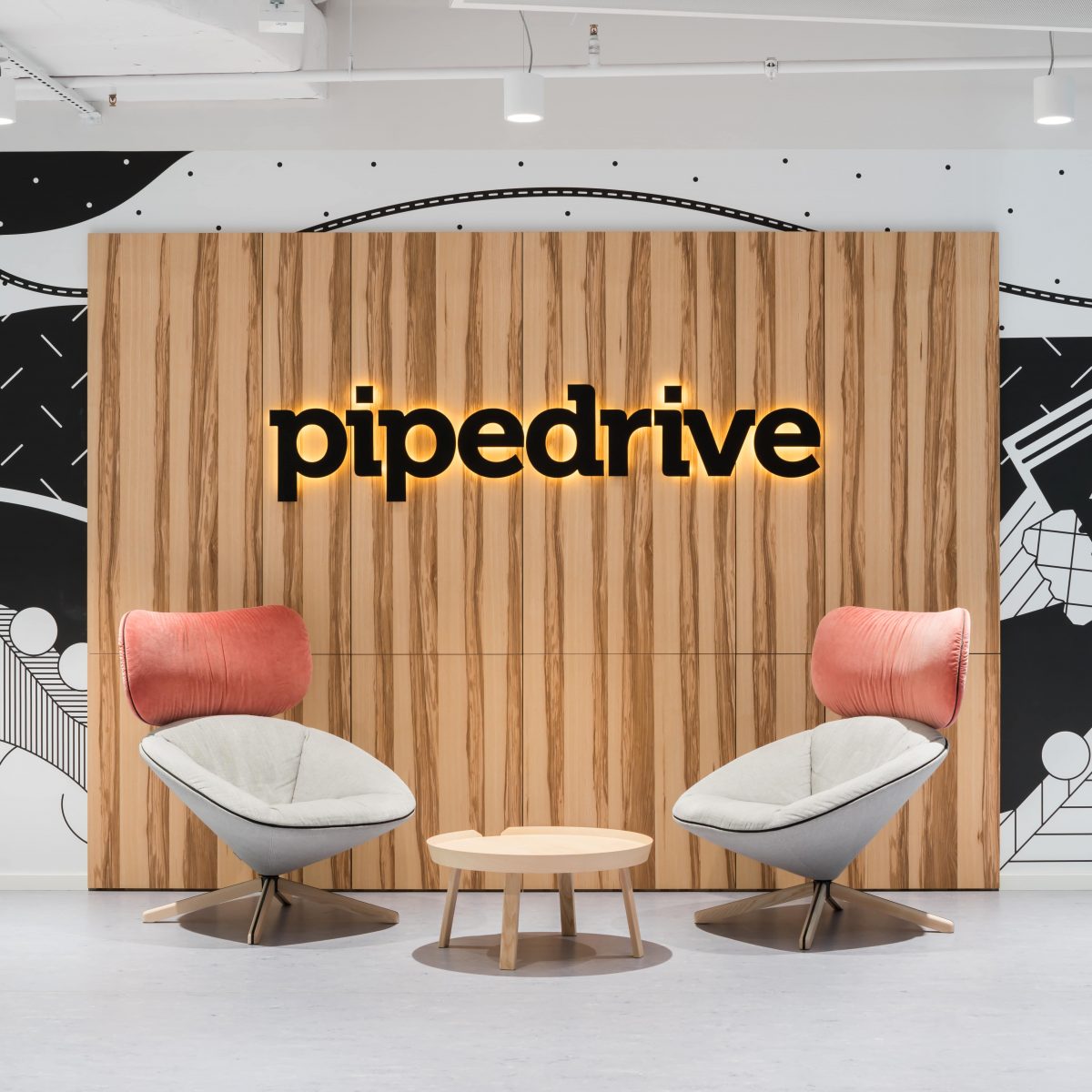 A Colourful Mix for CRM Leader

Office with reference to the history of computer viruses 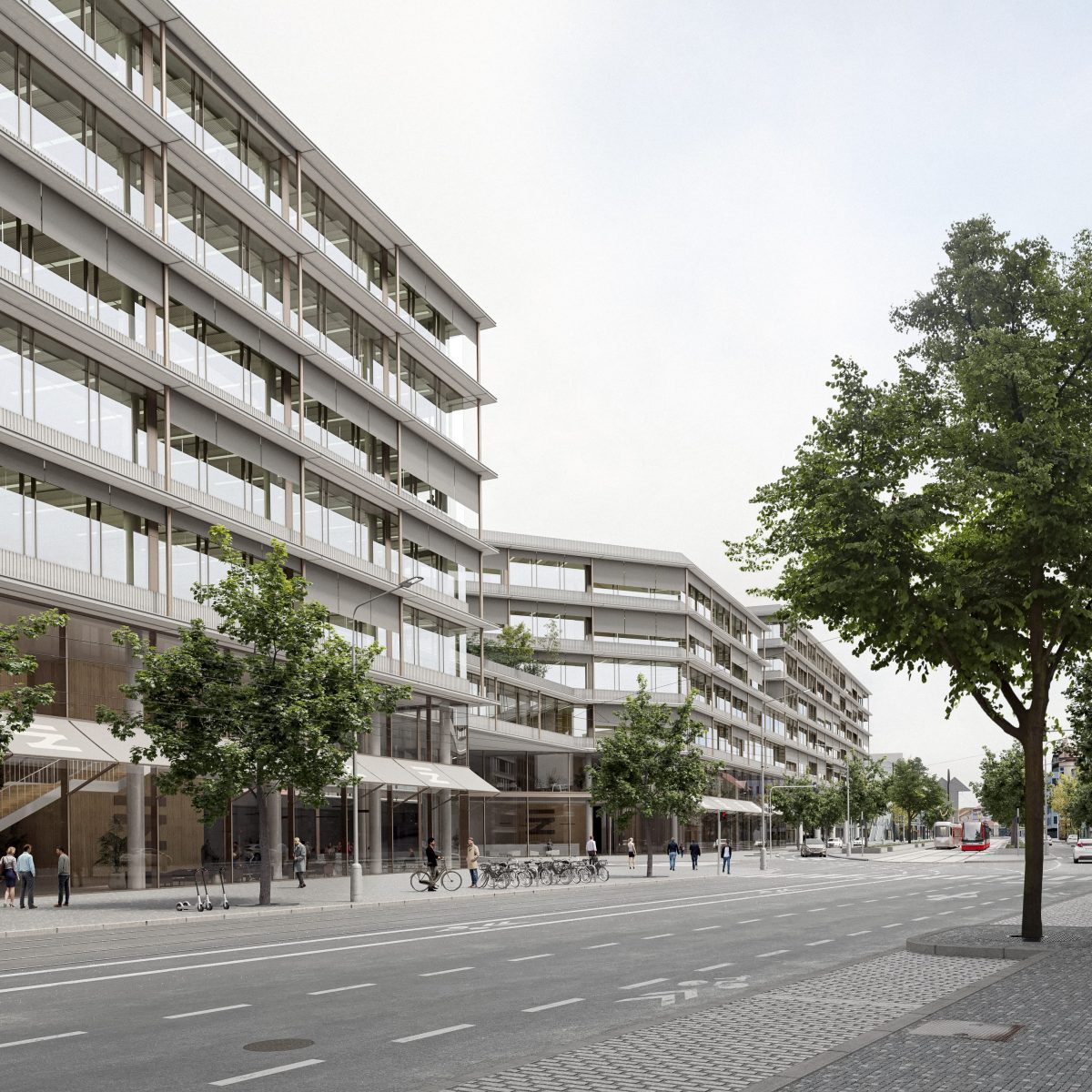 IT Crowd in a former parking garage