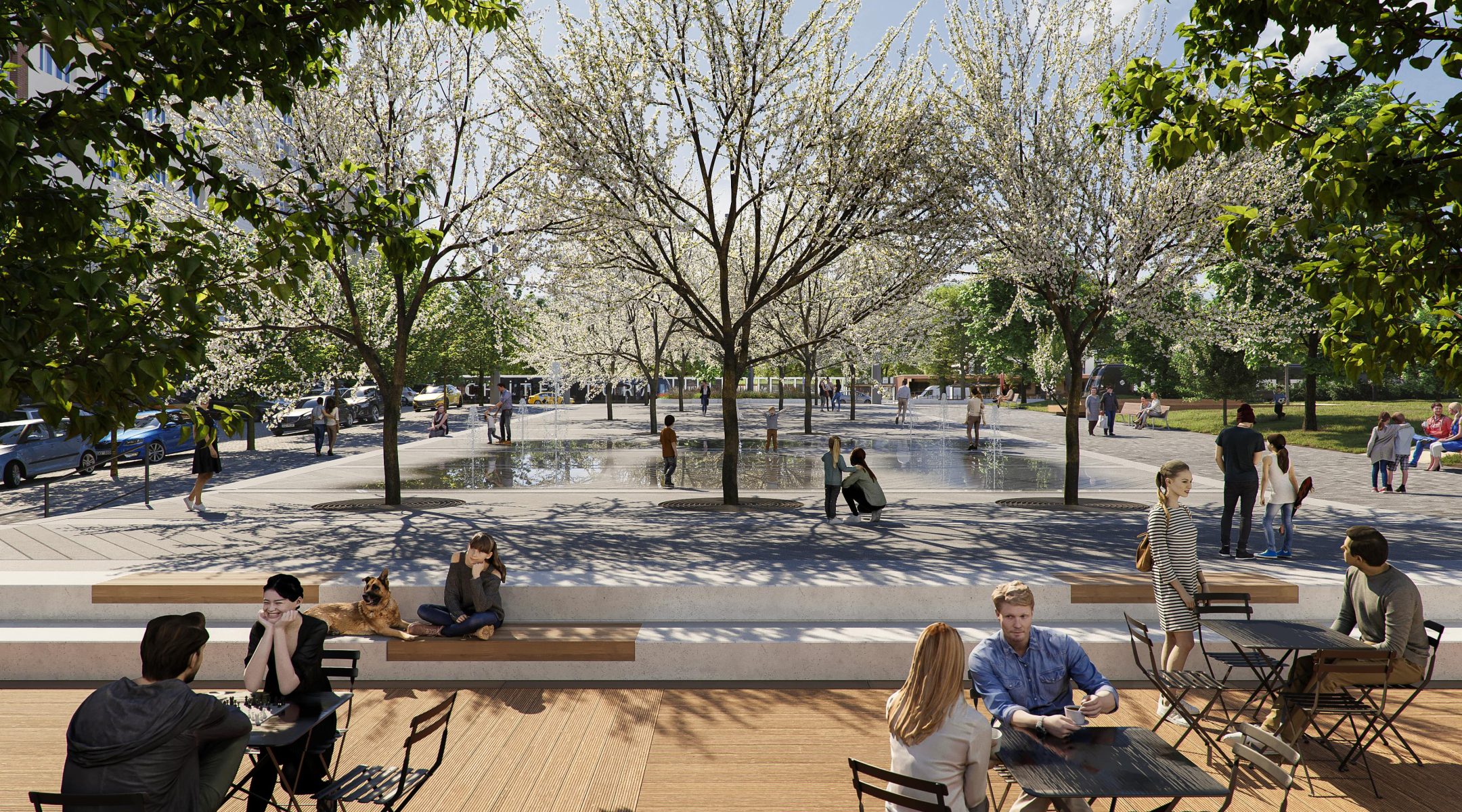 Our winning design in the architectural competition for the reconstruction of Jiřího z Lobkovice Square aims to cultivate its original function – a popular place for meetings, games, and relaxation of all generations of residents and local communities. 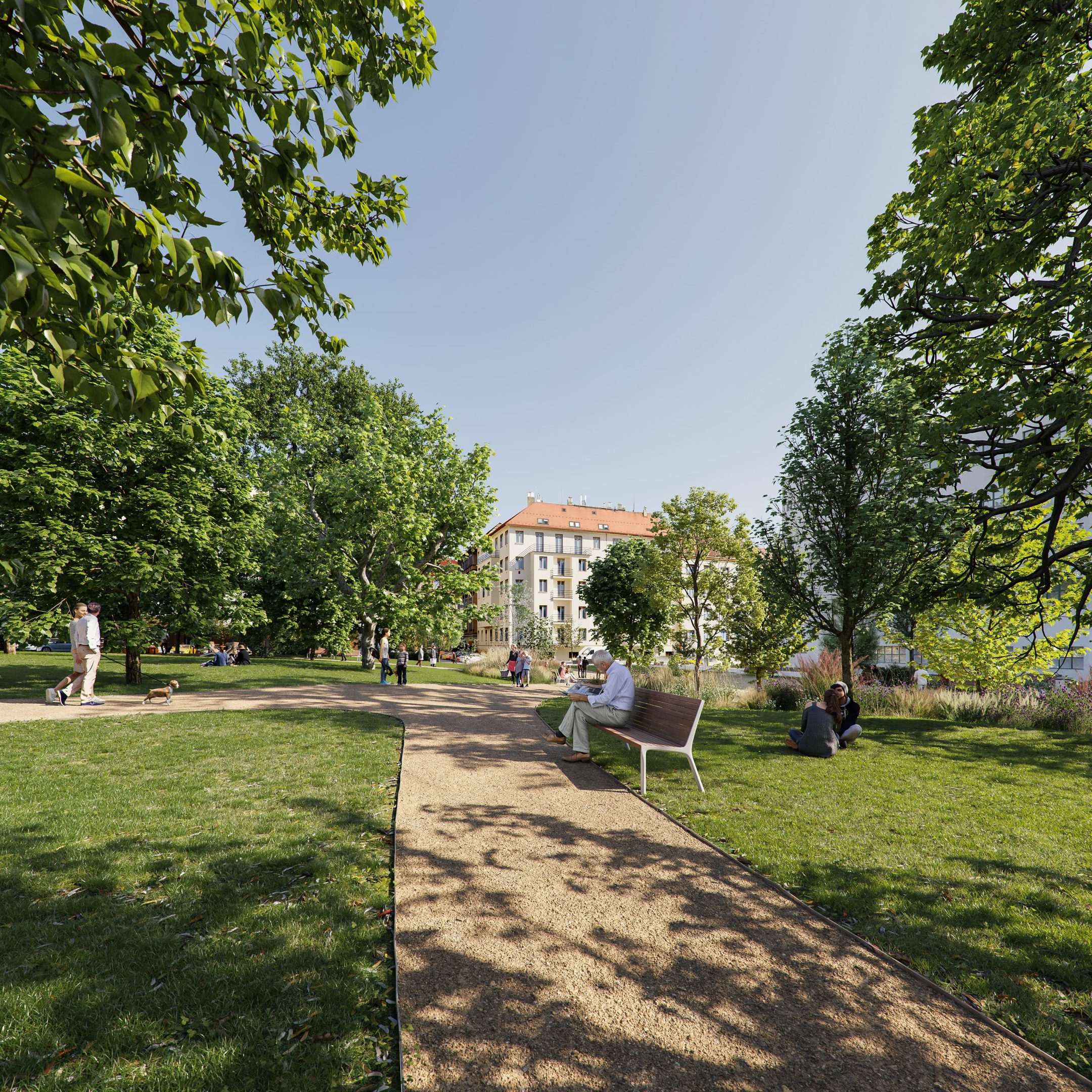 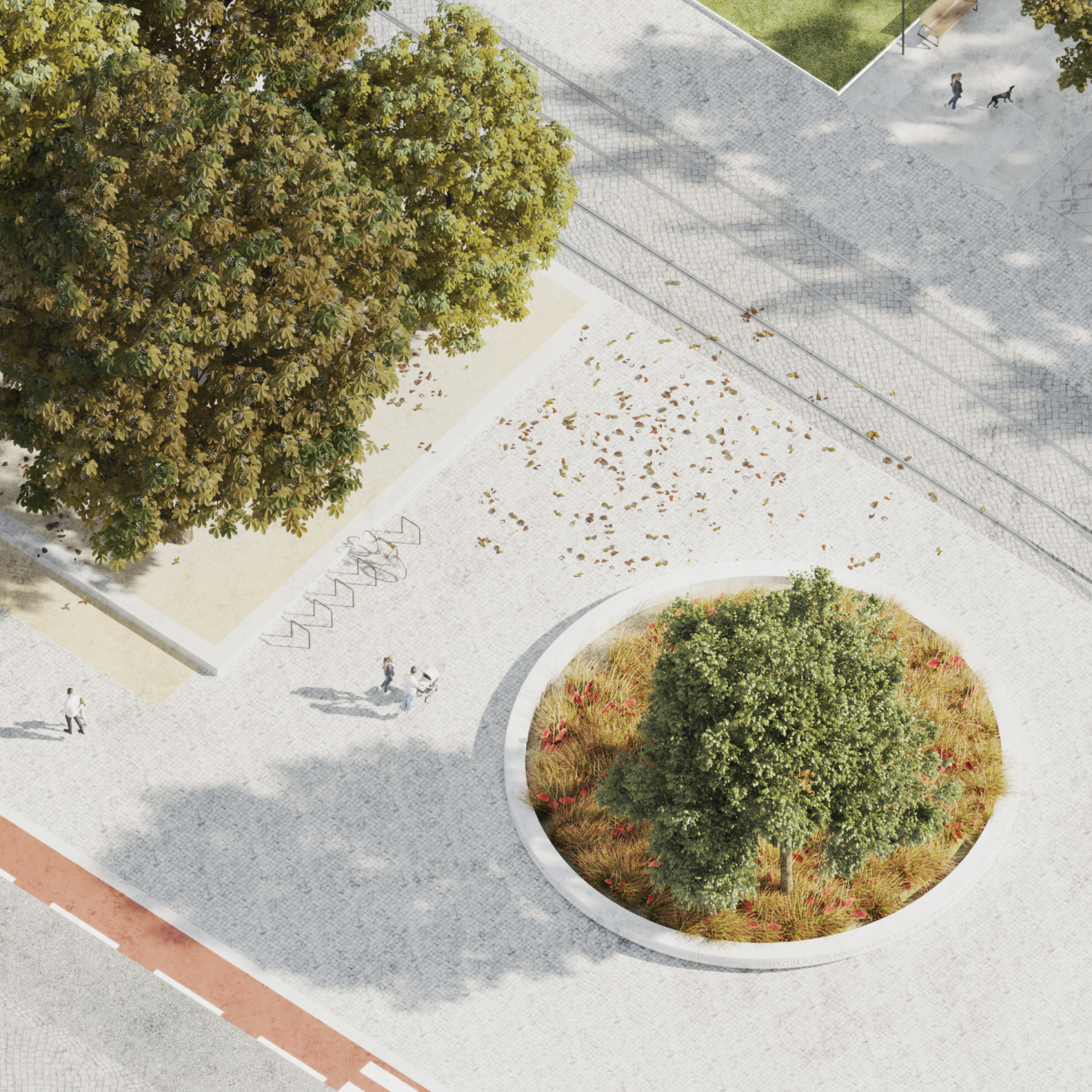 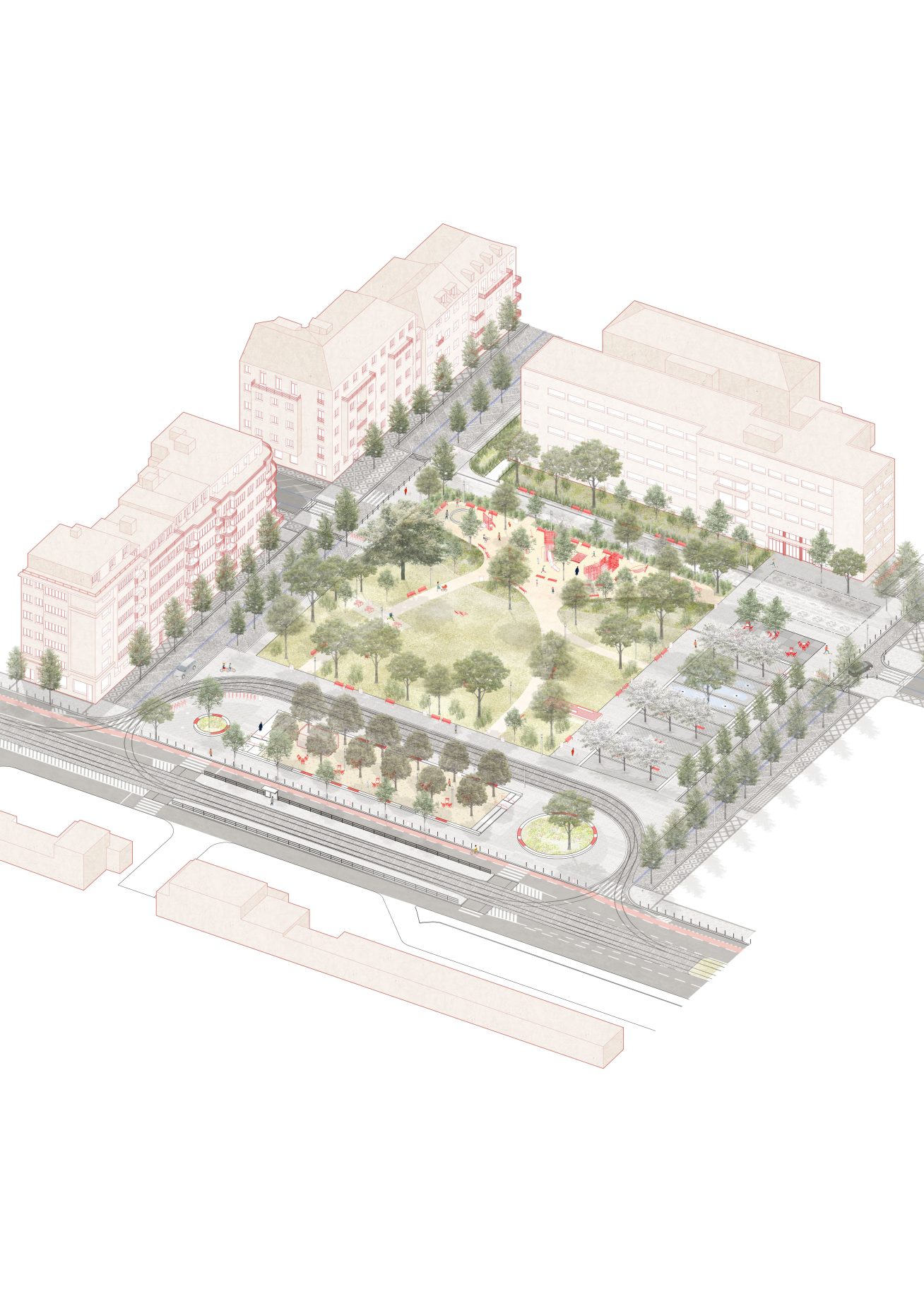 We were looking for a suitable ratio between the delimitation of the square and the park, which now dominates. We wanted to clearly define the square as the axis of the entrance to the school and connect it with Vinohradská Street. We plant trees and create a so-called living room under the open sky. The new proposal for the revitalisation of the area aims to clearly define the individual parts of the space and to take into account the urban, transport, landscape and technical context in a sensitive way. The study depicts a full-fledged public space with characteristic Vinohrady motifs loosely transposed to the scale of the public realm to support the character and uniqueness of the site. The transposed “Vinohrady Living Room” can thus be recognized by the French paving under the cherry bosket or the play elements for children. The design is based on the need for a comprehensive use of the site that encompasses the social significance of the square, park, playground and primary school forecourt. In creating specific places, we wanted to give visitors moments of surprise. All this while sensitively setting modern approaches in a historical context. 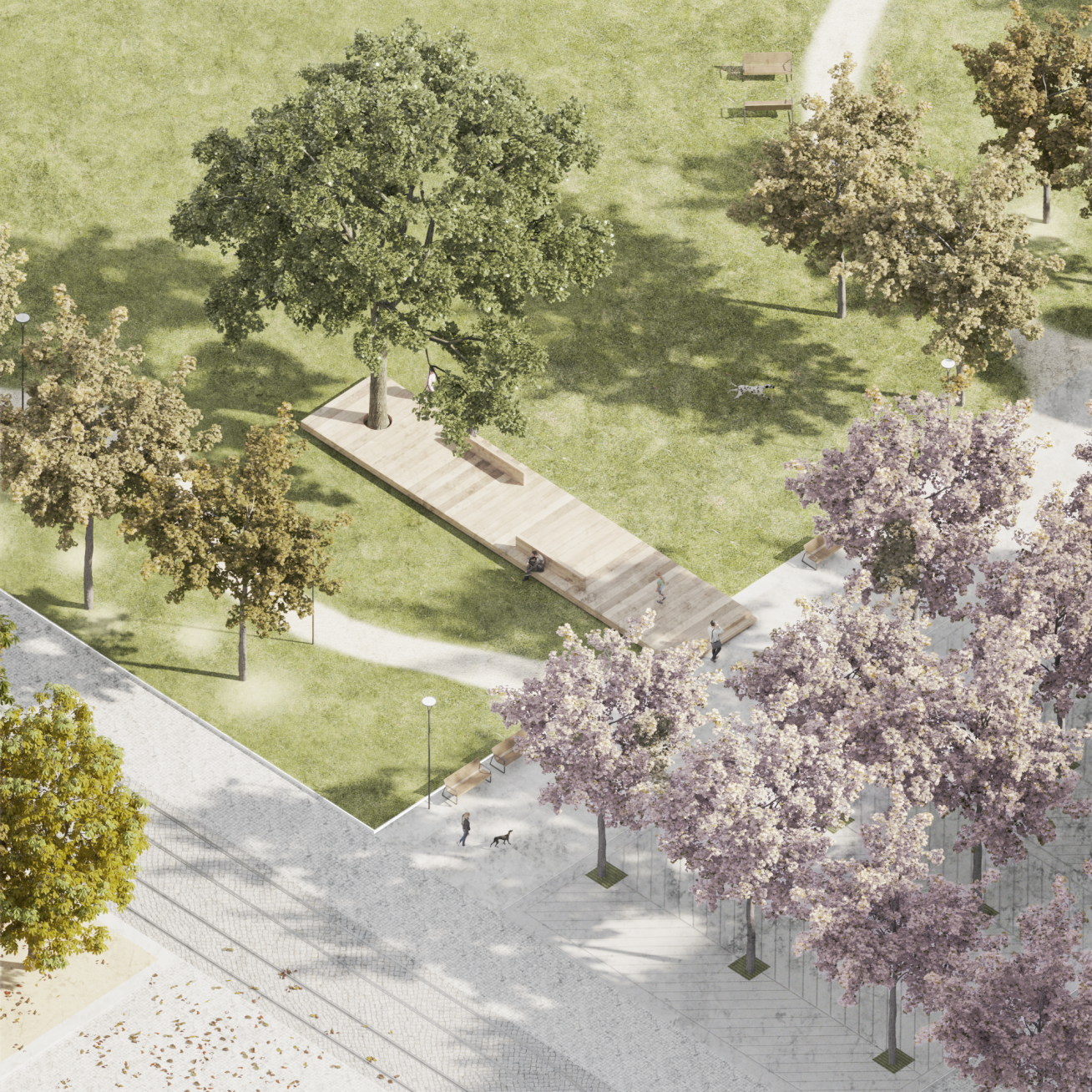 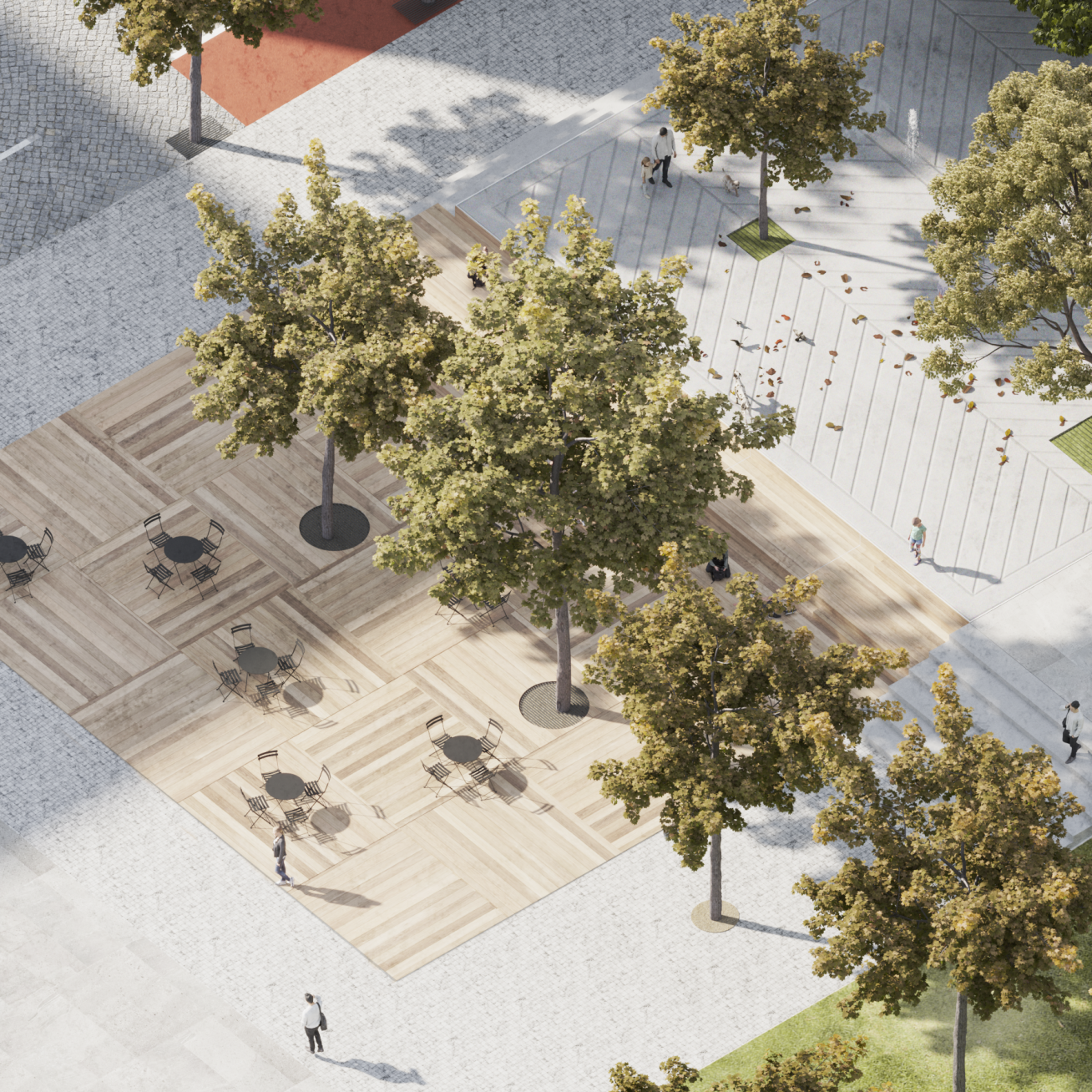 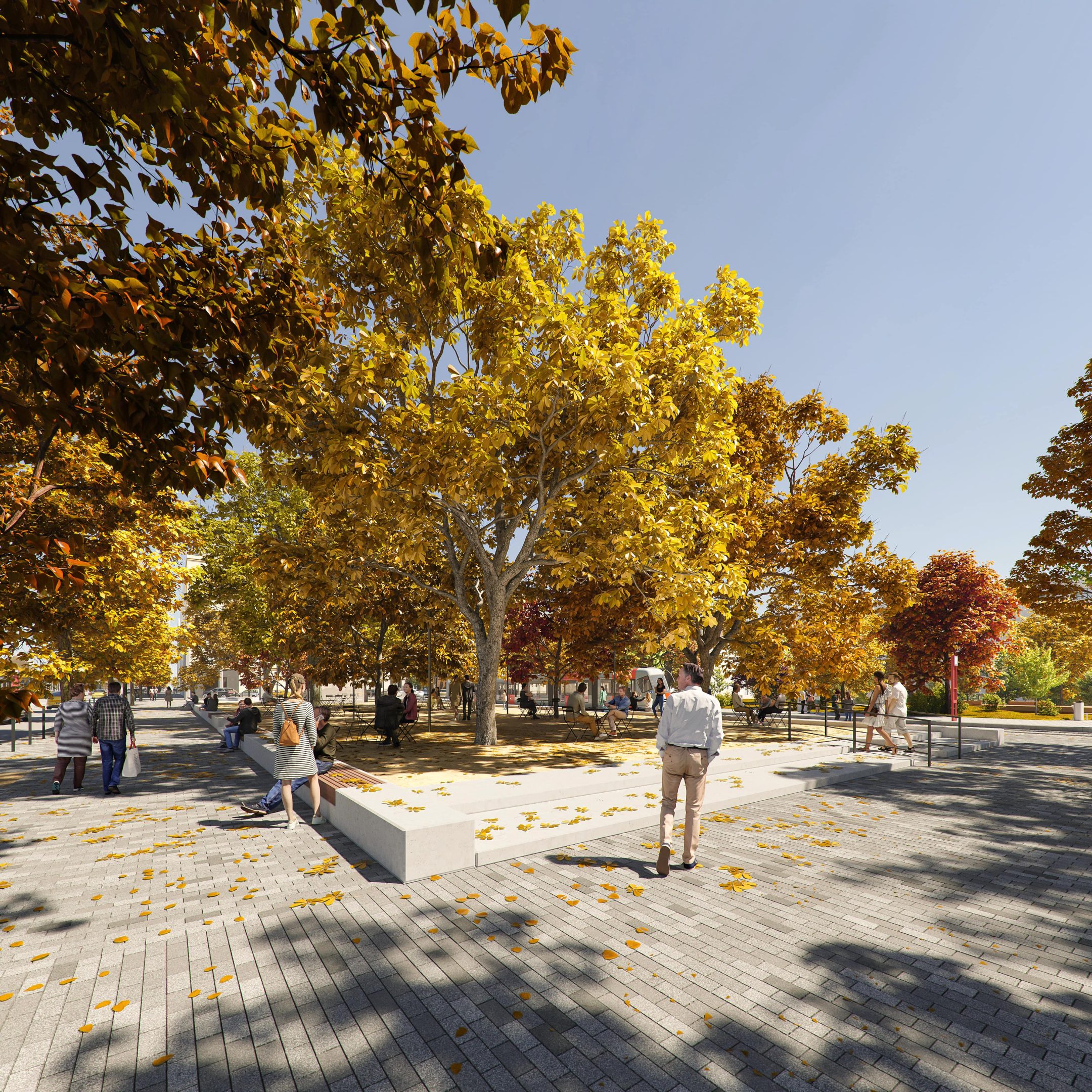 The space of the park and the square paraphrases the painting A Sunday afternoon on the island of Grande Jatte by George Seurat, which depicts the everyday situation in an urban society. We place the park’s space in a frame, which is formed by a network of paths of its visitors and places in which they spend their time. We divide the proposal for the square’s renewal into four functional units – a tram turntable with a chestnut avenue, a promenade with a cherry bosket and a water feature, a central green park area with a children’s playground and adjacent street spaces including their material and traffic arrangements. Due to the phenomenon of ”heat islands”, we consider the placement of trees in public spaces to be crucial for ensuring comfort in overheated city centres. We are sensitively adding new species to the existing composition, thus ensuring a richer biodiversity that provides shelter for a variety of insects and birds. 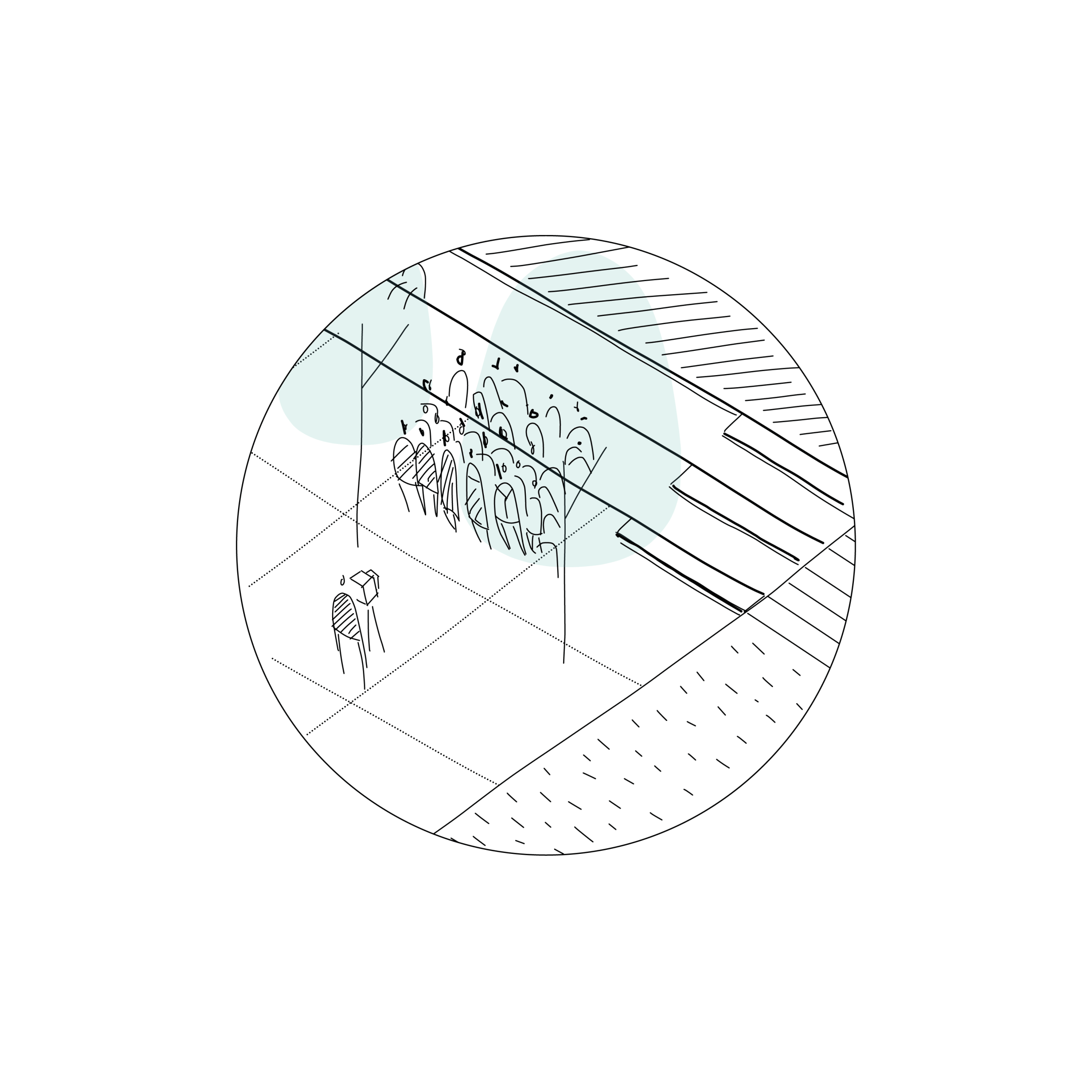 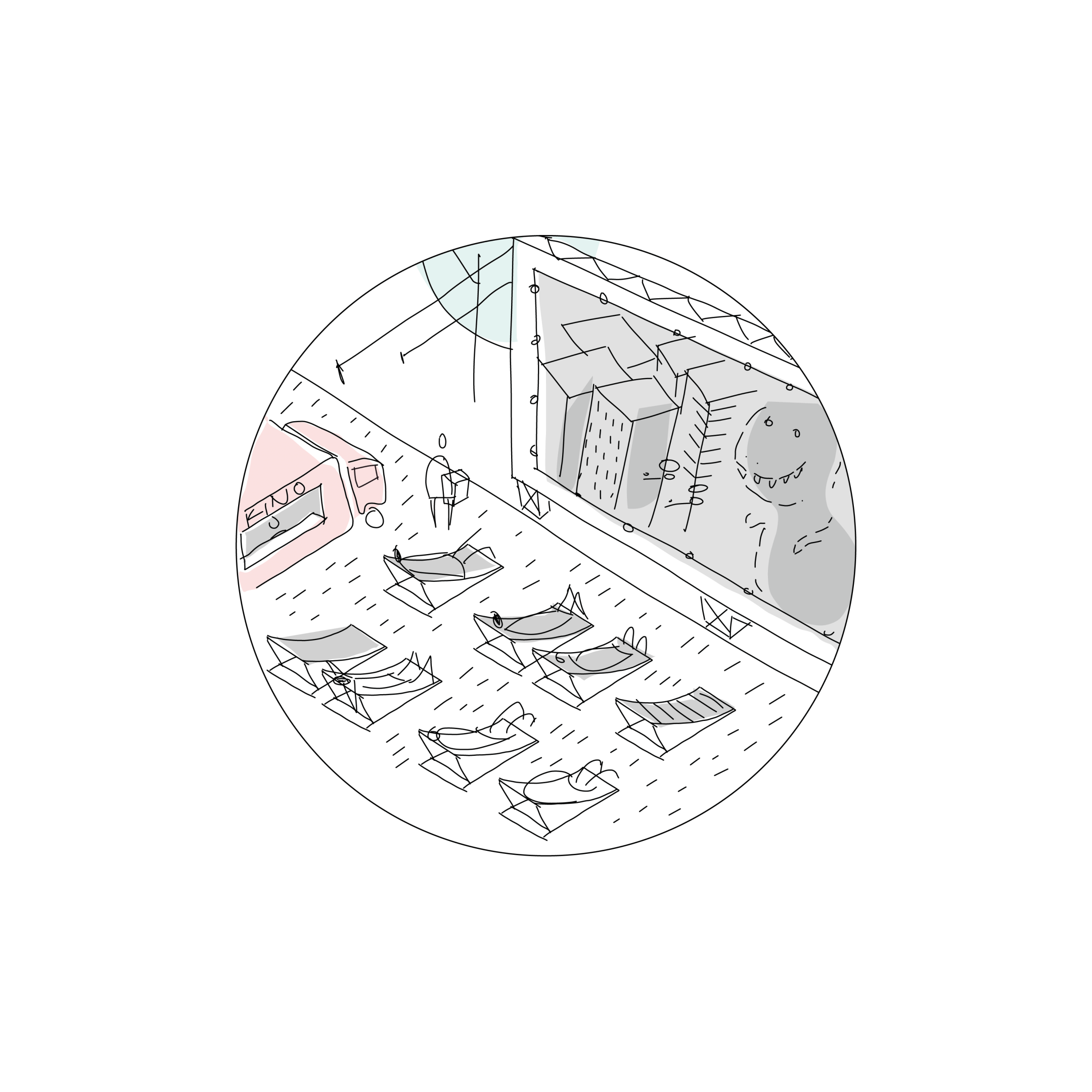 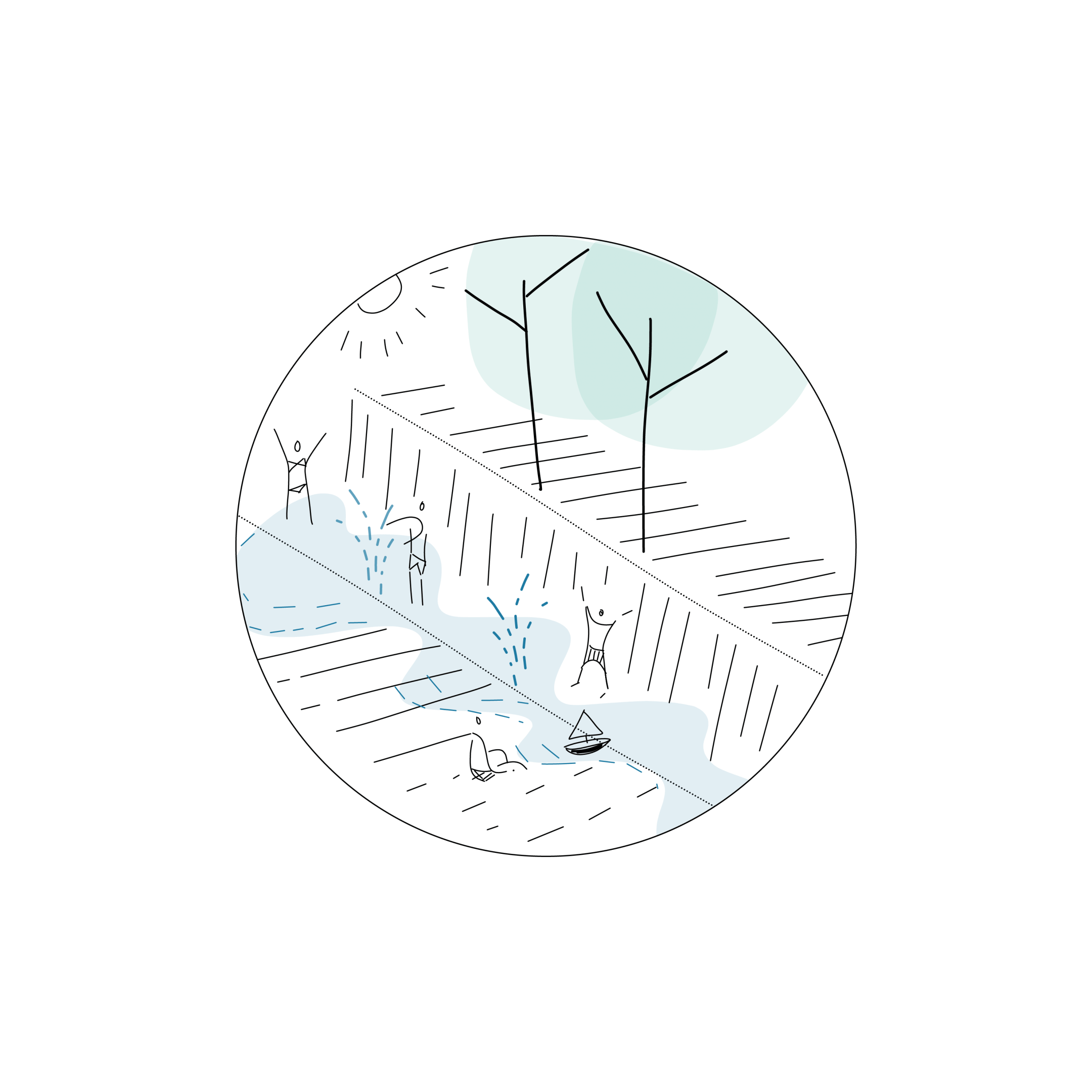 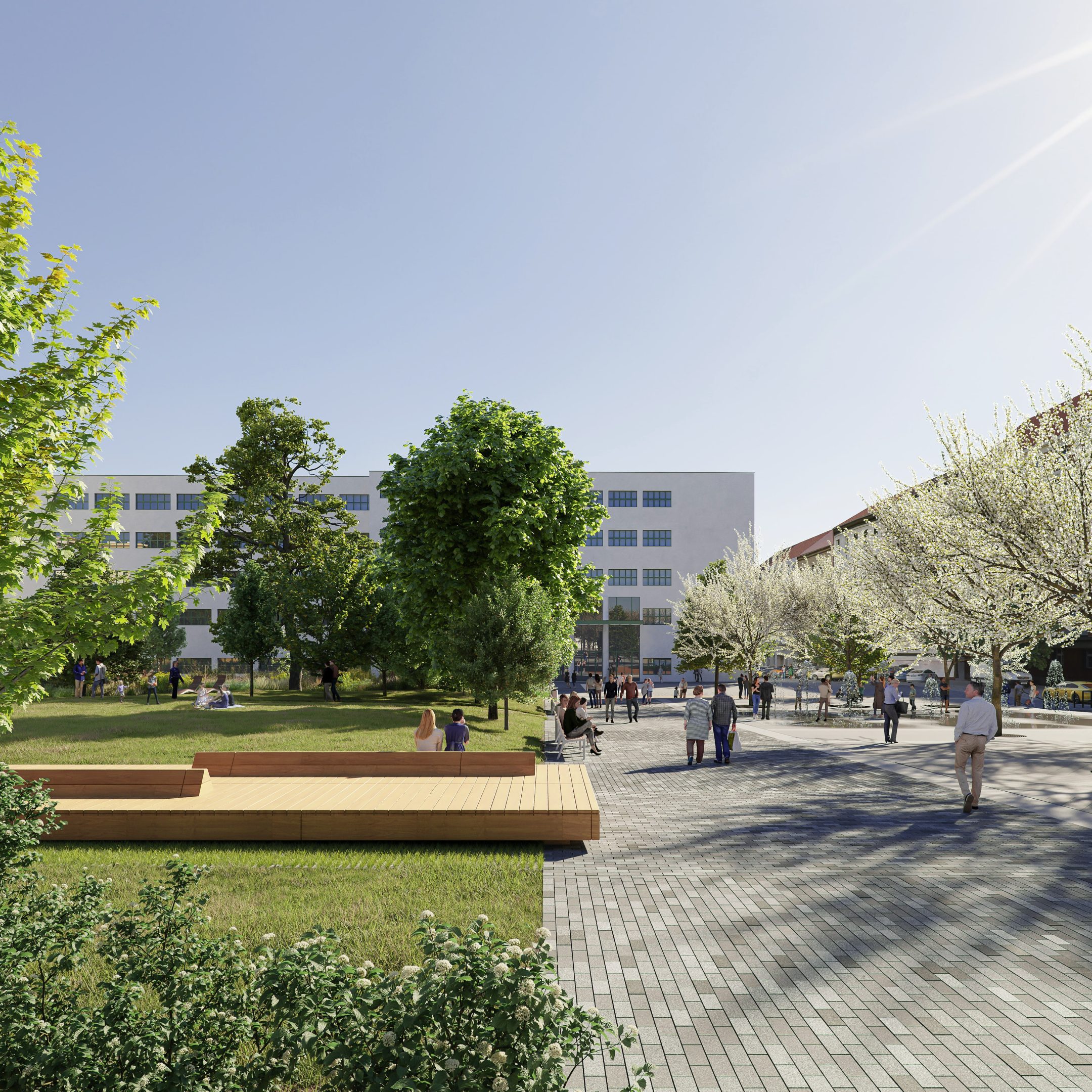 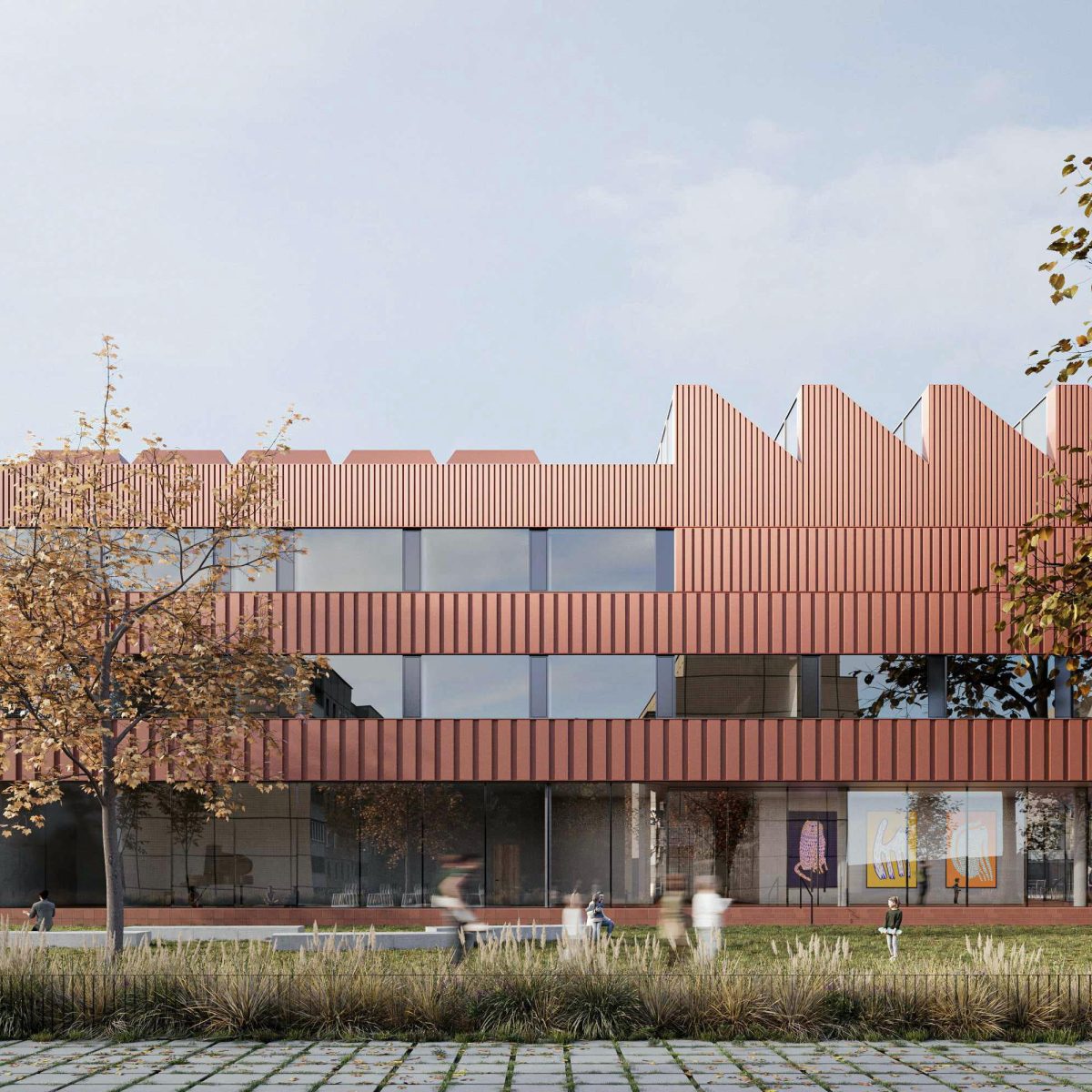 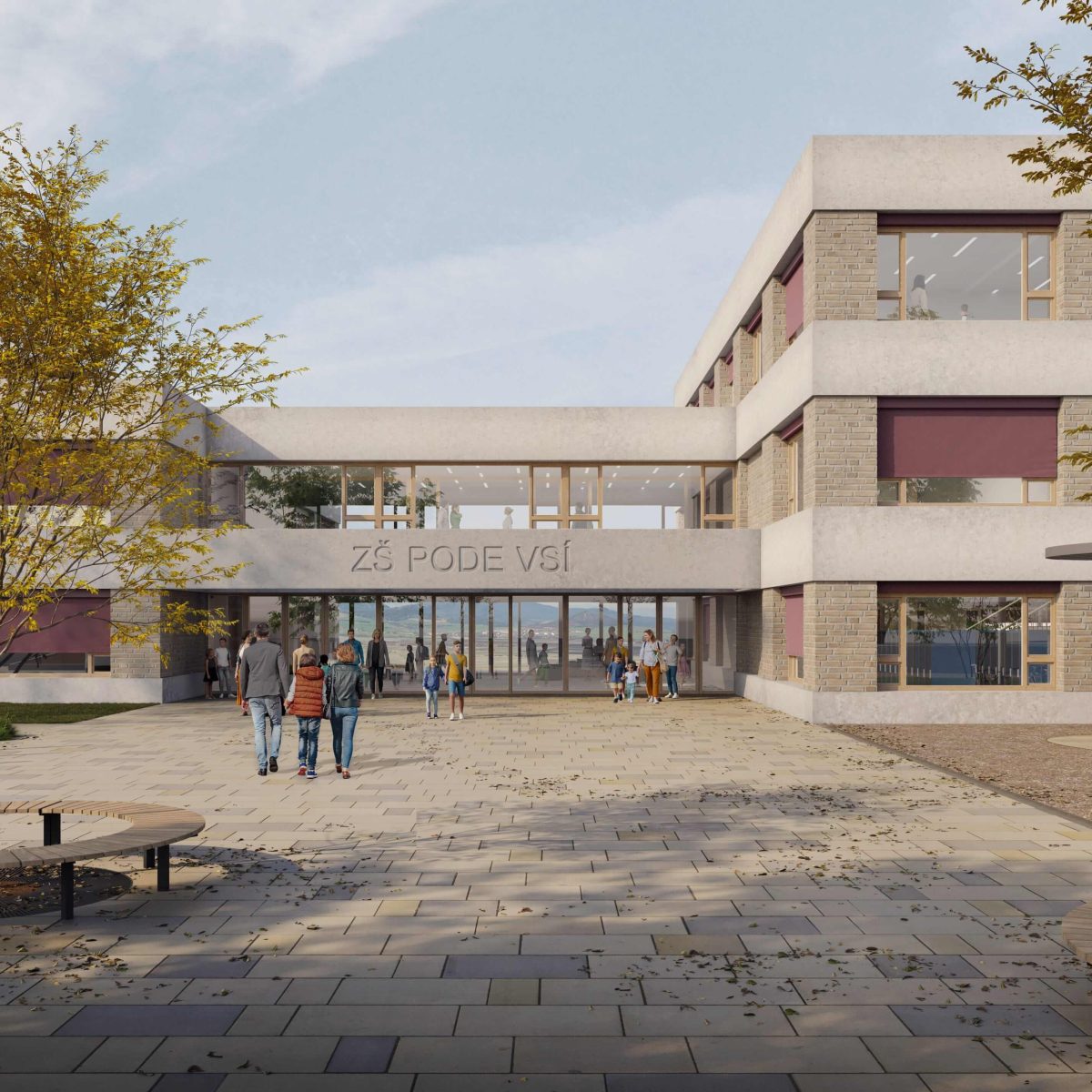 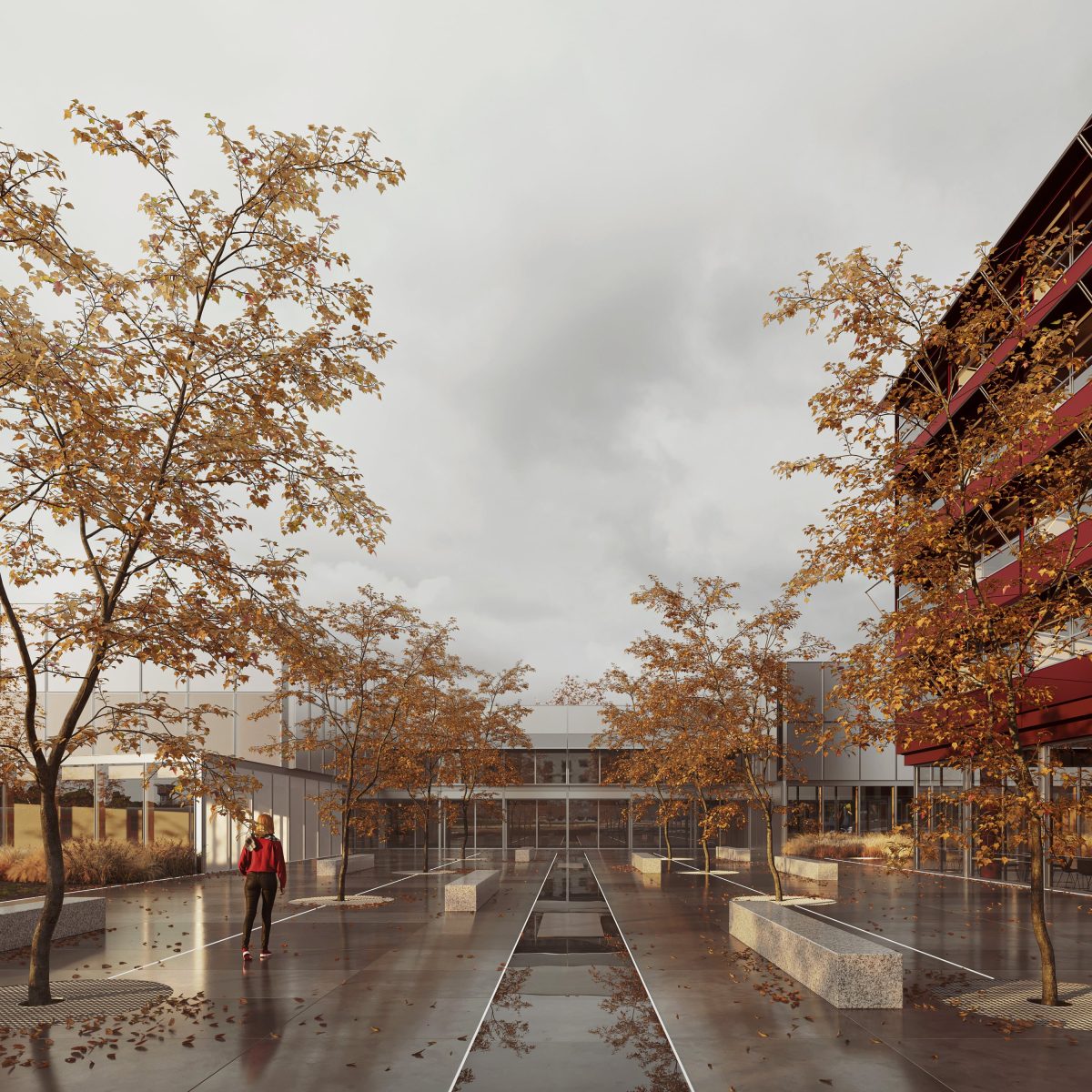 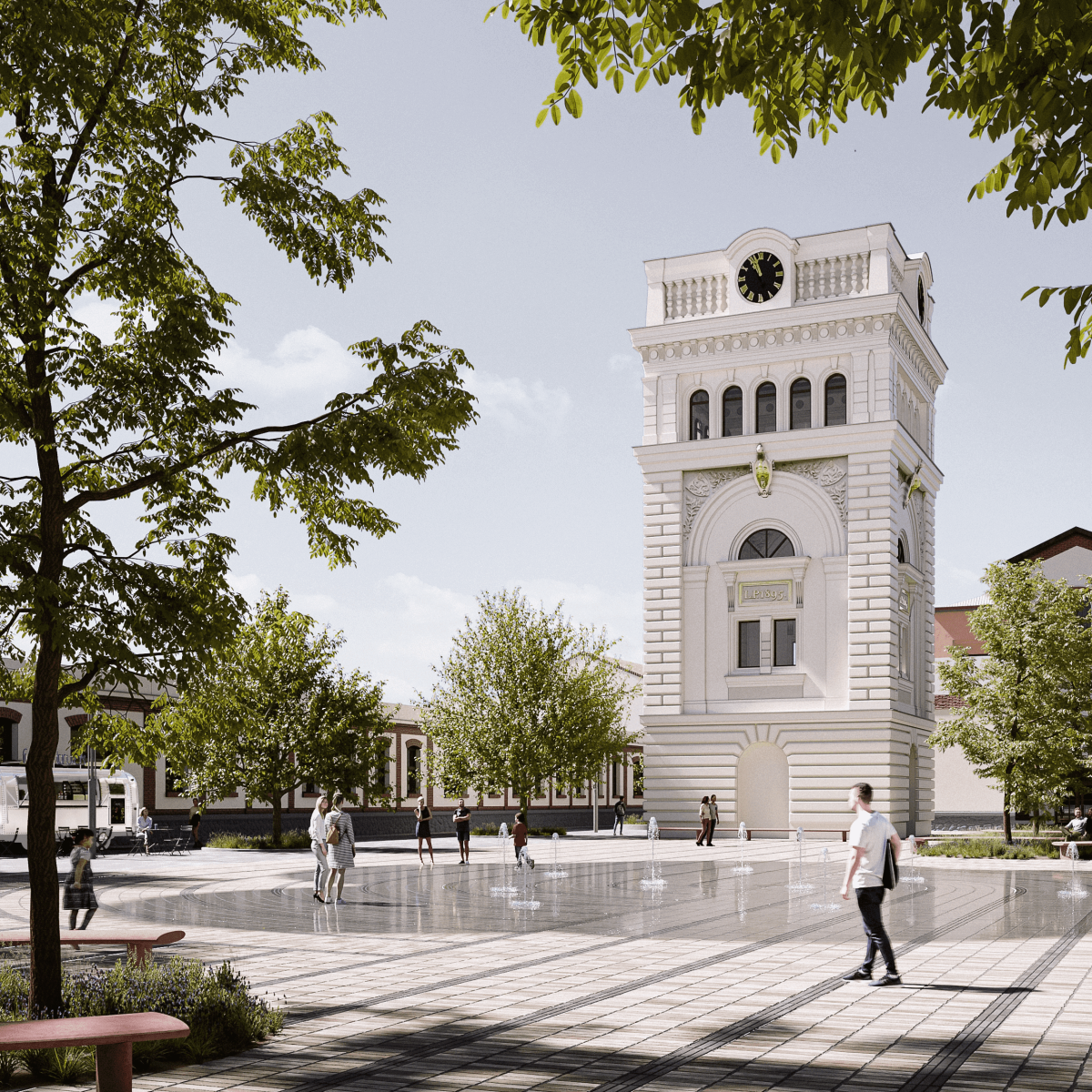 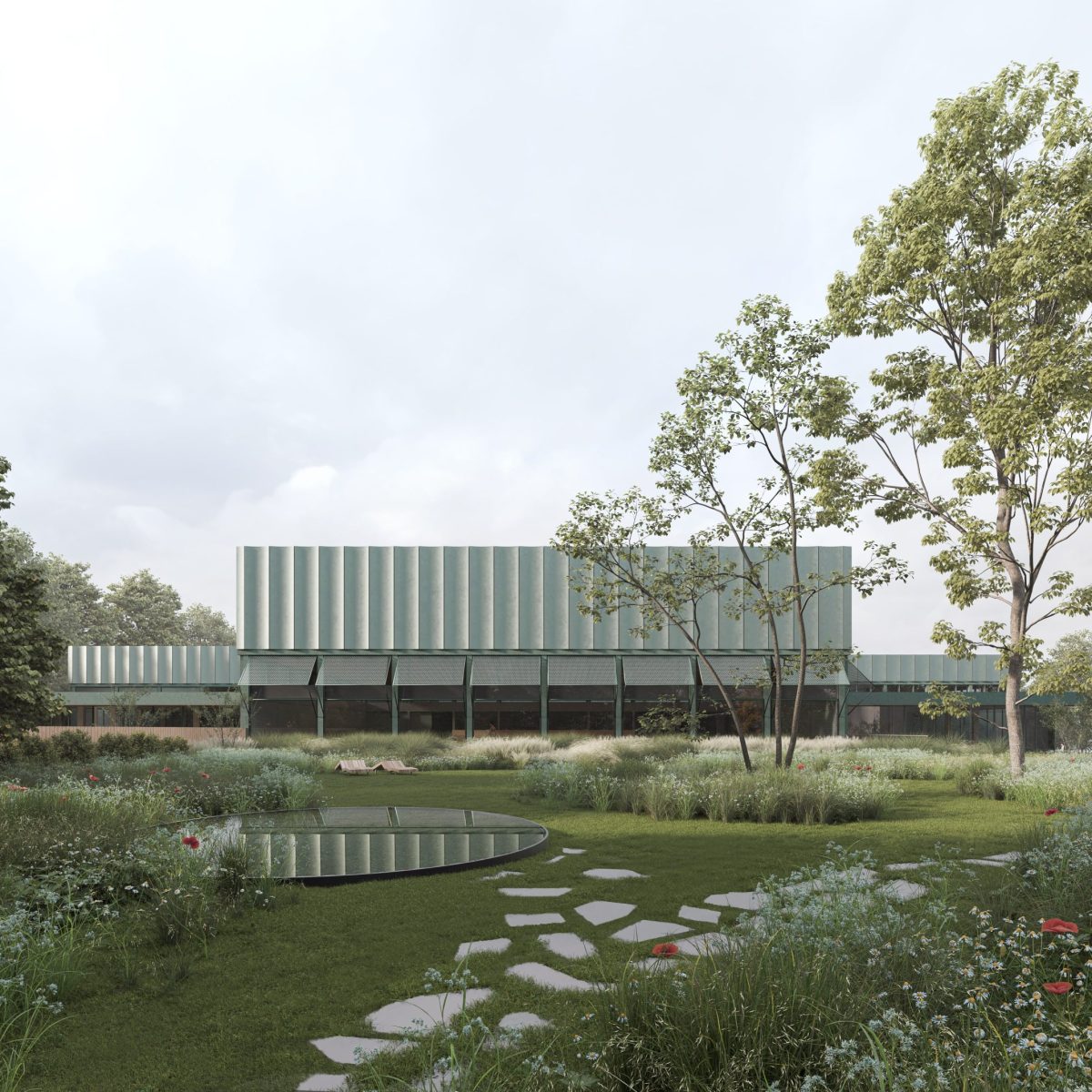 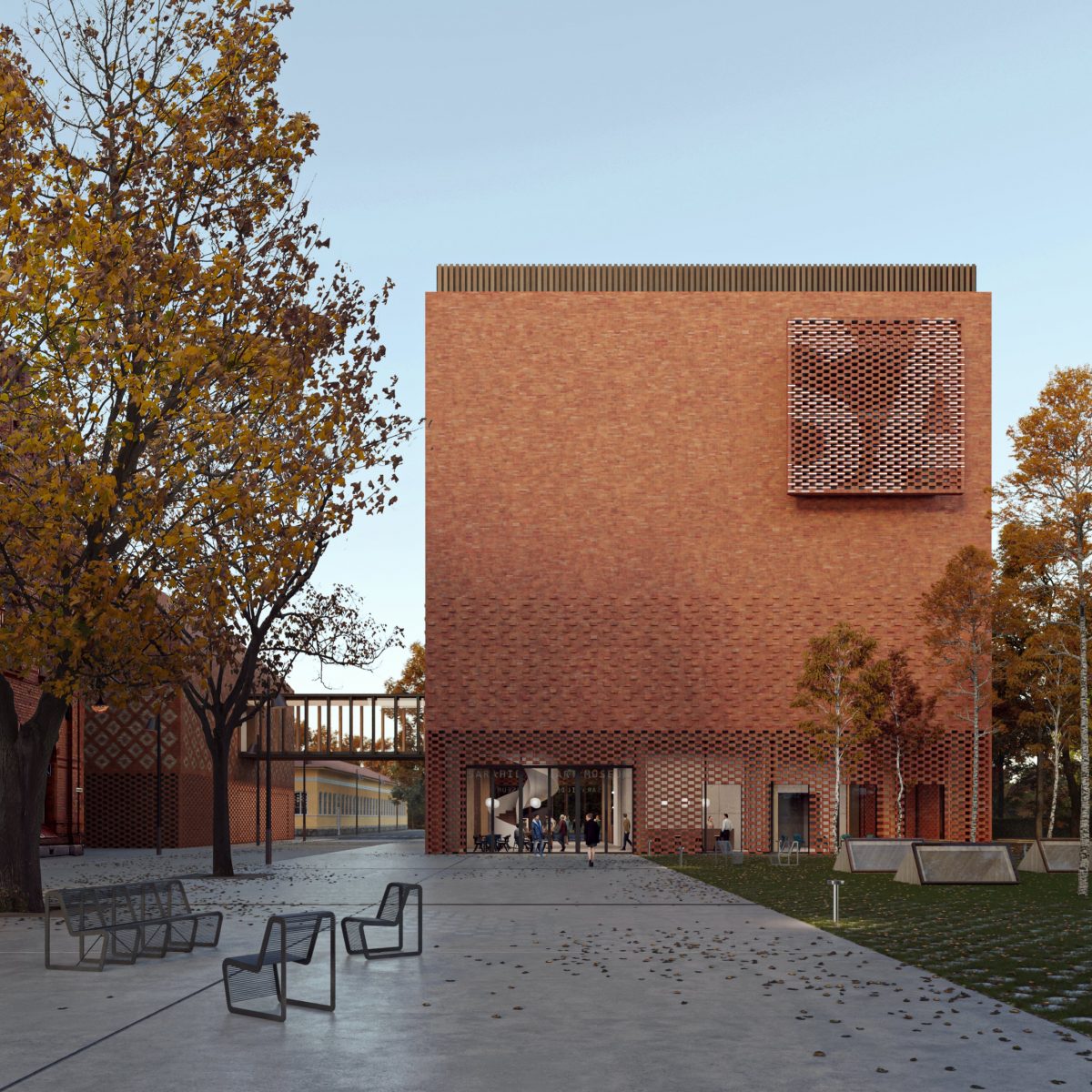 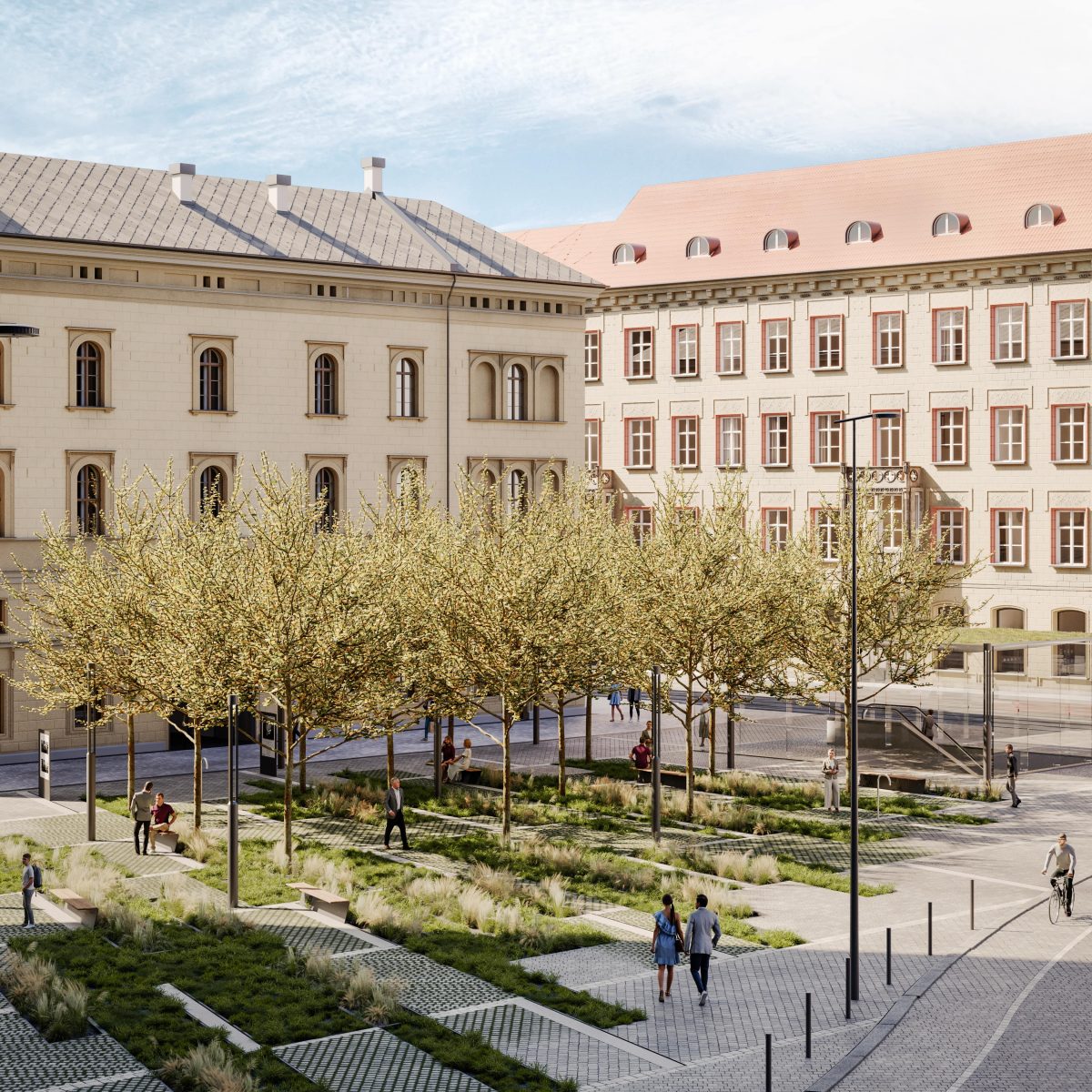 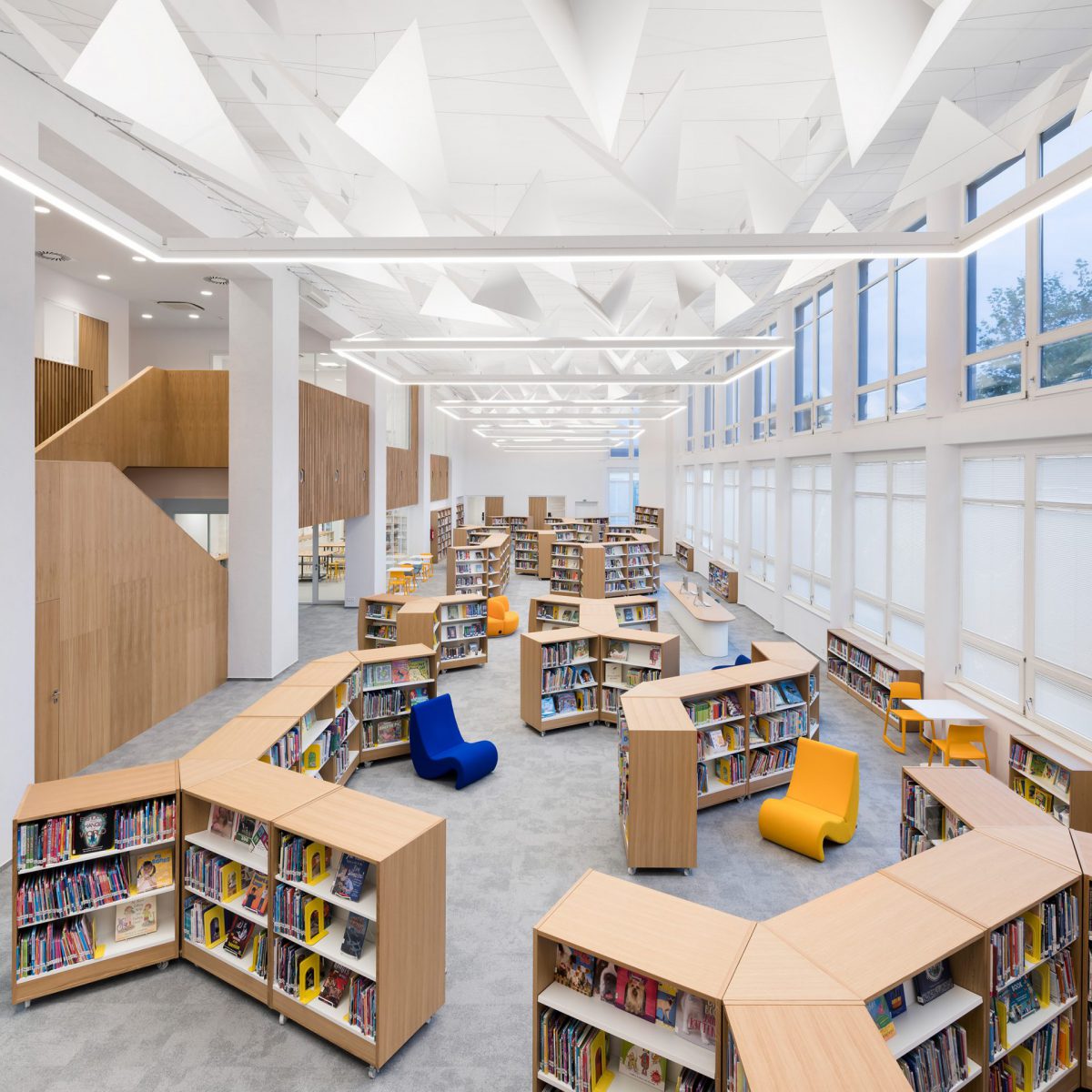 School library on the principle of new learning 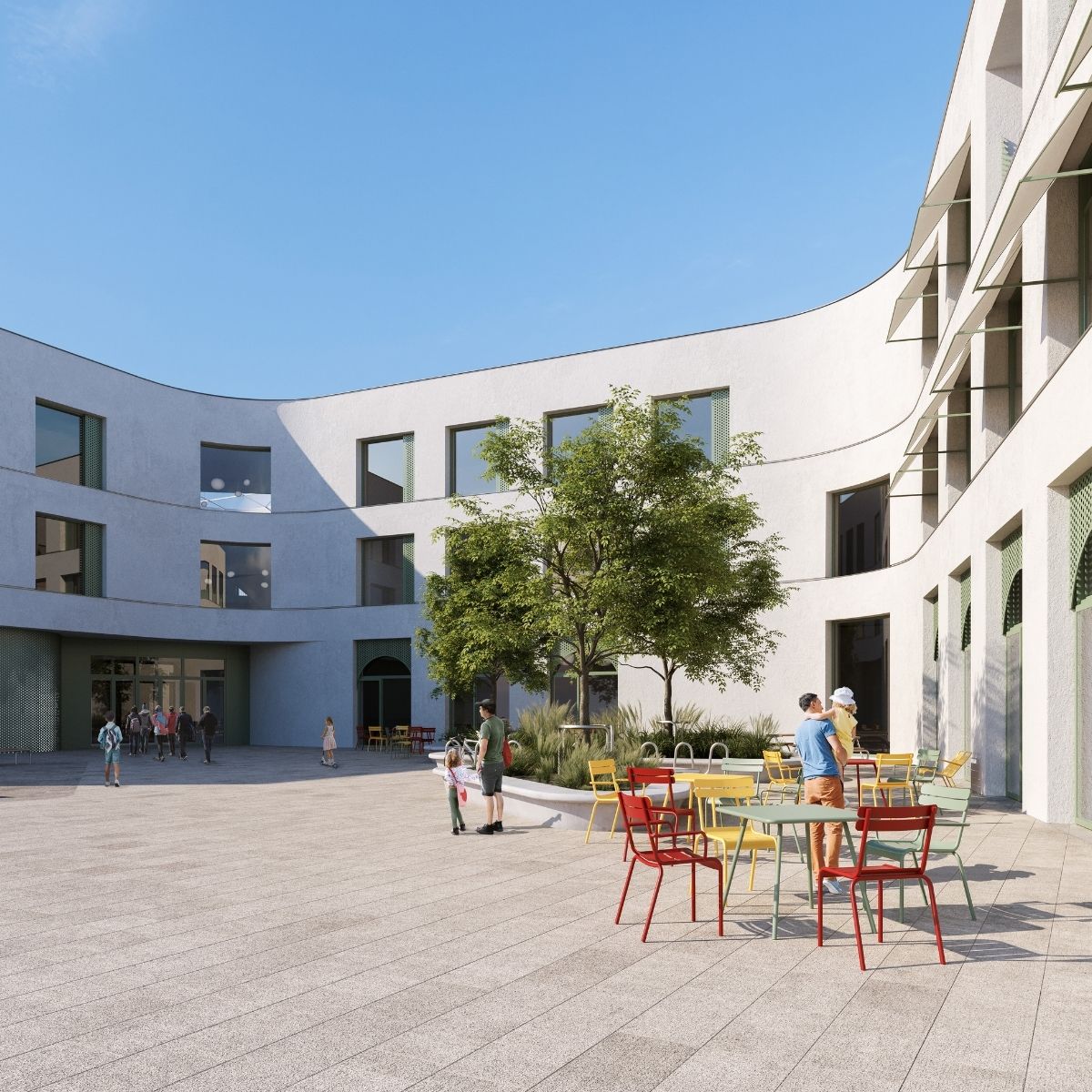 School as a living organism